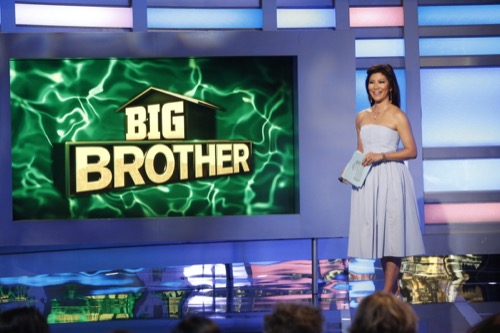 Tonight on CBS Big Brother 19 returns with an all-new Sunday, July 16, 2017, episode and we have your Big Brother 19 recap below! On tonight’s Big Brother season 19 episode 10 “PoV and Ceremony” as per the CBS synopsis, “The Power of Veto competition is held and ceremony”

Big Brother Season 19 (BB19) begins tonight with houseguests ending the nomination ceremony. Alex says she picked Dominique to take a number away from the other side and chose Jessica because the entire house wants retribution for what Cody had done with the bonus that she doesn’t like her.

Jessica is just determined to win the Power of Veto (PoV) to save herself while Dominique feels she knew something was up and that some people on her side knew about her being put up on the block beforehand and she will get to the bottom of this. Paul jokes that he is the puppet master and everyone is following his directions.

Mark joins Dominique in the bedroom, and she is pissed saying that Paul is involved and so is Elena; Mark insists that Paul cannot be this blind. She says both of them started acting strange around her 3 days ago and she tearfully acknowledges that her team betrayed her. Mark is seeing crying admitting that Dom is one of the sweetest people he has met and it hurts that she is in such a tough spot.

Dominique says she heard the Holy Spirit tell her she is going up but Mark insists she isn’t going home. She is then heard in the shower praying for God to tell her who put her up and all of a sudden she hears Paul’s name three times; when she leaves the bathroom, Paul is waiting for her. Paul denies that he is the person and hopes she believes it isn’t him; she says she hopes its not him and he wants her to ask him if there is anything she doubts.

When Dom asks him about it, he says he can only play an honest game and dishonesty does not work for his personal gain. He reminds us that last season he was tossing out friendship left and right but came to stab him in the back too many times and if that means he needs to play more sneakier and strategic game than that is what needs to happen.

He admits to her that this might be the week he needs to abandon ship as their group is about to tumble. She says she has been praying to God for answers and the truth will come out. He says AMEN! She is certain Paul is the snake but she is waiting until after the PoV competition to expose him at the right time.

Alex calls everyone for the Veto competition; only 6 people will participate in the Veto competition: Alex, Jessica, and Dominique will picks names out of the box. Alex picks Kevin. Dominique picks Christmas and Jessica gets the houseguest choice and chooses Jason. Big Brother will inform them when the competition will begin.

Meanwhile, Kevin and Jason sit with Alex in the Head of Household (HoH) room, all 3 are determined to make sure Dominique goes home, as she is the bigger threat. Jason suggests they take Jessica off the block and put up Raven as no one will vote for Raven to go home. Alex isn’t so sure, she just wants to leave everything the same.

The houseguests are called to the backyard to compete in the game called “Temple of Temptation”. Paul is the host and reveals Christmas has not been cleared medically to play the game; she has to sit out and is frustrated she cannot compete and give her all to this.

The remaining 5 players must cross a suspended beam over the lava 50 times, touching the squirrel on each trip; whomever does it will be blessed with the Power of Veto. If they fall into the lava pit, their score will be set to 0 and they must start over; the temptation is whoever lifts their chalice up will win a cash prize but eliminate themselves from the competition.

Kevin continues to fall while Jessica, Dominique, Alex and Jason continue to race. When Kevin finally makes it over, Mark jokes that he is beating Christmas by one. Everyone is laughing at Kevin repeatedly falling, saying he thinks lava is his friend; he chooses to take the chalice and Paul tells him he won $27. He doesn’t seem too worried about it as he won $25,000 the first night.

The competition is fierce and close when Dominique teeters, wrapping her legs around the beam and is able to lift herself up thanking Jesus for answering the phone. Jessica falls and tries to lift herself up but falls into the lava and she goes from 17 to 0. Dom is at 17 but Jason is at 28; Mark hopes she can rock this and be able to leaves Jess on the block, but she falls bringing 18 to 0.

Alex is at 35 and Jason is at 36; Alex thinks she will feel more secure if she wins because she wants to leave Jessica up while Jason wants to take her down. Alex and Jason are tied at 49 but Jason wins at 50 and wins the golden Power of Veto. Dominique feels Jason is her saving grace as Jessica hopes she can lay low and someone else will be on the house guests’ radar. Paul is thrilled thinking Jason will do whatever Alex tells him to do.

Paul sits with Alex in the HoH room to convince her to put Mark up as a pawn because Mark is the only one who would campaign to keep Dominique in the house. He tells her that is an A+ move and he assures her everyone will be in on it.

He then needs to go to Jason, saying Alex might have a plan and to go talk to her. He explains the plan to him about Mark backing Dom; he knows Elena would never vote for Mark to leave, so Jason needs to have a conversation with Mark to explain they are using him for a pawn. Paul plays like it was Alex’s idea and its a smart one, but he tells Jason not to tell anyone.

Alex and Jason agree they need to make a strategic move; Jason wants them to stick with the plan to vote out Dominique. Paul returns to the HoH room, acting like its their plan but he says the only way he will agree with HER plan is if Mark knows before hand; the plan will work but only if Mark is in on it.

Paul leaves to find Mark to join their conversation. Alex explains the plan saying no one will vote against him but he says he doesn’t feel safe as a pawn; before they can continue their chat, Elena comes into the room. Mark is worried because this is all coming after Cody told everyone him and Dominique were behind Cody attempting to backdoor Paul. Mark promises he won’t campaign for Dom.

Dominique wants to tell Jason about Paul being a snake and she hopes that will create enough doubt for him to use the PoV on her. Dom asks Jason to come talk to her out of the HoH room. She says she knows who the snake is but she can’t say not even revealing if its a man or a woman. She doesn’t want to protect the snake but she needs a few more things to unravel, telling him to pay attention to who is getting close to him, as the old saying goes, “Keep your friends close but your enemies closer!”. Jason returns to the HoH room.

He tells everyone he didn’t say anything to her, he only listened. He tells them all about the “snake”, and how she warned him, implying that the snake is in the very room with him. No one says anything.

While everyone is sleeping, Dom talks to Alex in the living room telling her to consider how a snake operates and how they will do anything to bite you and warns Alex that there is a tempter among them. Dom asks her if it is okay for her to tell everyone what they talked about; Alex has no problem. Alex knows its about Paul and its freaking her out.

Alex returns to the HoH room and tells everyone in there, including Paul, that he is the snake. He says he will wake up the entire house and put Dominique in the center. Paul says he is going to call his own party and invite her; Mark and Alex are in shock. Paul insists he has nothing to hide as he jokingly slithers through the house.

He calls Dominique asking if she wants him to start hissing or talk? She acts like she has no idea what he is talking about but agrees to the conversation; both of them return to the HoH room.

Paul asks her directly if she thinks he is the one who put the target on her back; she claims she isn’t sure and he jumps at her telling her to not say assumptions unless she fully knows the answer. She tells him he doesn’t know her well enough to come at her like that. Dominique says all the house guests and America will know she was the true one here. Paul says she can use the Bible all she likes but he is sure God cannot vouch for her at this moment.

She says Paul is going home and he better believe he is going home sooner rather than later; they continue to bicker as Paul says that’s real smug coming from someone who is on the block right now.

Mark returns to the HoH room, he says after what happened with Dominique and Paul there is no way he could campaign for her to stay. Jason asks Alex if she wants to keep the nominations the same or take Jessica off and put Raven up. She wants to make sure she has the votes to send Dominique home; Mark still doesn’t feel safe being on the block so the only way to stay safe is to promise he will evict Dominique.

Jason wants to save Jessica and put Raven up but Alex is very conflicted, saying if they leave it the way it is, Dominique will go home. Jason feels if he dances around his decision, things never work out, he asks Alex what she wants him to do?

Jason calls the HGs for the Veto meeting; Paul decides to dress up as a snake to anger Dominique. Jason gives the block mates a chance to state their case. Jessica acknowledges the crappy week they had and hopes Jason will see through that and take her down.

Dominique says she was framed by her own team and there is a snake in this house, who has dressed appropriately. She says he has minions working for him and whatever they sow, they shall reap. She calls out Elena and Paul saying they were not loyal to her like she was to them.

Jason decides to not use the Power of Veto; Paul smiles as he adjourns the meeting. Jason feels it worked perfectly because Dom literally dug her own grave. Mark is relieved but upset that Dominique is going home. Paul says if she is trying to catch a snake she needs to grab it by the head, not the tail!!