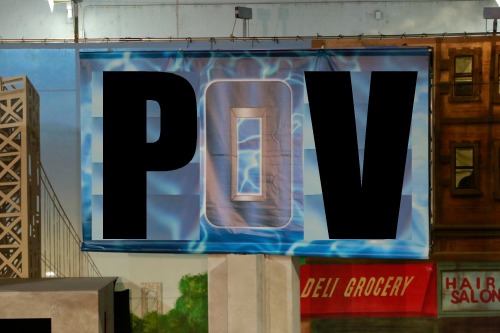 Big Brother Season 19 (BB19) continues tonight after the nomination ceremony where Jessica put up pawn Ramses and “meatball” Josh. Jessica says she is going after some floaters this week because she needs to rebuild some alliances that Cody and her ruined. Josh is her target because he made it clear if he has a chance he is going after Jess.

Ramses doesn’t like being on the block but knows that Josh is a much bigger target than him. Josh cries in private over his nomination. Christmas comforts a distraught Josh, tells him to feel what he is feeling, let it all out and then be cool this week, reminding him there is still the Power of Veto (PoV) competition to save himself. He promises when he wins the Veto he is going to raise hell.

Paul walks into the room where Jessica is talking to Elena; he advises her to give it time before she decides anything as there is still the Veto competition. Jess appreciates the tips but feels Paul is a vet who likes to offer unsolicited advice and thinks she has this one handled.

Jessica and Cody retreat to the Head of Household (HoH) room, they are thoroughly enjoying how they are going to crush Josh as he continues to cry it out in his bed. Cody thinks Jess is incredible and doesn’t know how he struck gold, ending up with her. She tells Cody how Paul told her to not ask about voting against her until she has the power of the Veto in her hands.

Paul talks to Alex and Jason as Kevin leaves saying he will be right back; they all feel they need to flip this somehow. Jason thinks Paul is saying if they win the Veto they should take Josh off the block but Paul says no. Alex is confused why Jessica would put up Josh and Ramses and jokes that it will bite Jess in the ass.

Paul doesn’t want to get rid of Josh because he is his gun and his shield, so he is certain he has the numbers to keep Josh in the house, who is no help to Jess and Cody at all. Paul tells Jason and Alex to think about it while he goes to talk to Josh. He reassures Josh that the one person he can trust in the house is Josh, telling him that neither Jason nor Alex are stupid people and they have the numbers to keep him. He tells Josh he needs him to calm down and if he wins Veto he will pull him off the block; Josh agrees.

Christmas is in the kitchen talking to Cody about when she reveals she was one of the tire changers in a Nascar pit crew; telling Cody to google it. She made history by being the first female in a pit crew, Cody is impressed with it but admits he was over acting to improve his social game in the BB19 house.

Jessica calls everyone into the living room, where she tells them about the PoV competition. Jessica, Josh and Ramses will pick a chip out of the box to determine the 3 other players competing. Jessica gets “house guest choice” and of course she picks Cody. Josh picks Jason, and Jason is thrilled because if he wins he is changing nothing. Ramses picks Christmas; she hopes she can compete this time.

Jessica tells Ramses she feels bad for him that he is the pawn this week, and if she wins the PoV and rally for Ramses to make sure Josh goes home. He thanks her for talking to her. Josh talks to Jason, begging him to throw the competition so he can win the Veto; he says Jess, Cody and Ramses cannot win. Jason says okay and leaves the room. Josh smiles at the camera saying, “Its game on!”

Jason tears up as he talks about his son and his wife. He feels Galen is the best thing he has ever done. Jason doesn’t want his son to wonder why he isn’t doing any cowboy stuff with him right now; he gets very emotional. Josh comes to see him and Jason denies he wasn’t having a moment but Josh makes him laugh, hugging him. Jason says his son is keeping him focused so he can give him the stars.

Kevin, dresses as grapes calls everyone out for the Veto competition, he tells them to put on their gear, come into the yard, as its about to get juicy. There are smoothie shops all over the yard and Ramses is confident this is the explosion competition. Kevin welcomes them to the BB Juicy Blast shops and tells them they must try to make the perfect drinks and in order to become employee of the month they need to know the ingredients to each smoothie better than anyone else.

They will see a sequence of ingredients on the screen and when they are told to put a specific ingredient in the drink, if they are correct, they advance to the next round, if they are wrong, they are eliminated and the smoothie will explode. The last player remaining will win employee of the month and the Power of Veto.

Round one begins and Christmas chose Papaya, she thought she was safe and it explodes on her; everyone else was right when they chose Spinach. Paul says Christmas is getting a sack of coal for Christmas because she blew it.

Round 2 starts and Jason, Ramses and Josh all chose wrong; the correct answer was Guava and they all chose Ginger. Ramses and Josh both second-guessed themselves and are frustrated to lose to Cody and Jessica.

Round 3 Jessica and Cody are the two in the final round. Cody feels satisfied that he can feel Josh being crushed in the next booth. Cody tells Jess to save her hair, she says that would imply she was going to lose. Josh doesn’t care about losing, he only wants to save Jess’s hair because if she loses he will never hear the end of it. Jess wins the golden Power of Veto.

Ramses is happy Josh didn’t win but he wants to be sure that Jessica isn’t going to send him packing. Paul’s goal is to keep Josh and needs to talk to Jessica to make sure that happens.

Paul talks to Josh and after he assures him he has the votes, he wants Josh to act emotional like he always does so it ensures that Paul won’t be back-doored. Josh comes to see Jess in the bathroom, she says he is going home and he wants to have a good last few days; she tells him she isn’t starting anything and its on him to uphold that deal. She says she doesn’t want him going out feeling negative about this experience. Josh is celebrating that its “in her face” because the entire house is about to blind side her.

Paul continues to talk to Matt, Alex, Raven and Jason about how misfired Jessica and Cody were; their stupid move is to their group’s benefit. They feel that keeping Josh around is a better game move for all of them. Raven feels Ramses is a dangerous threat as he will go where the wind blows him.

Ramses joins them in the room and Paul tells him he is on no one’s radar and he needs to stay quiet and not put a target on his back. Ramses then speaks to Jessica about his fear of being voted off, Jess promises to talk to people if they are planning to send him home. She appreciates him trusting in her, but Ramses makes her paranoid when he says that everyone could flip on her.

Jessica goes around asking if people are on board with her; Raven says the votes should be unanimous but she worries that Josh isn’t everyone’s target. After speaking to Raven she is even more paranoid so she goes outside to talk to Cody. She tells him that come Thursday, she worries Ramses will be the one evicted and considers using her Veto to pull Ramses off the block. Cody tells her she is being paranoid even though her gut tells her something isn’t right. He says if it were him, he would keep Ramses up but Jess fears her hindsight will be 20/20. He again tells her not to do anything and let it ride out.

Jessica calls everyone together for the Veto meeting, she announces that Josh and Ramses have been nominated and gives them a chance to convince her to use the PoV to save them.

Ramses wants her to use it on him after she’s considered all the options or what would be best for her to accomplish what she needs. Josh stands, admitting he is her target and could be walking out the door, but he apologizes for offending anyone and he wants to walk out with his head held high and respects her decision. Jessica decides not to use the Power of Veto and the meeting is adjourned.

She is putting her trust in the house and wants to fly under the radar a bit with the house guests this week. She hopes they come through for her and she doesn’t get blind-sided and Josh walks out the door. Paul is laughing saying this is the worst move ever. He is thrilled everything is still going his way. Josh celebrates that Jess bought in to his “sad” mentality this week.

Be sure to tune into CBS on Thursday, July 27 to see who will be evicted – Josh or Ramses!