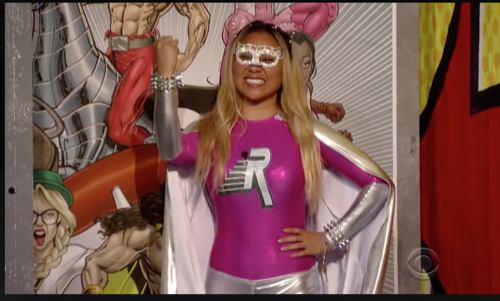 Tonight on CBS Big Brother 19 returns with an all-new Sunday, September 10, 2017, episode and we have your Big Brother 19 recap below! On tonight’s Big Brother season 19 episode 35 “The new Head of Household moves into their HOH room.”

Big Brother Season 19 (BB19) continues on Day 79; Paul congratulates everyone and thinks that night was the craziest one ever and all his plans worked perfectly. Josh cries as Jason doesn’t even say goodbye to Alex; she’s very upset feeling Jason may not realize that she was a part of this. Alex still trusts Paul and says that is all he can do at this point.

Christmas is shaking as Paul says if it was him on the block Josh would have done the same thing; Paul says him, Josh and Christmas planned this to make it look like they were not united. They need Alex to feel Paul is fighting with them to confuse Alex into thinking they are not partners. Josh says he has no choice but to trust Paul in order for him and Christmas to get further in the game.

When its possible that Alex could win HoH, Paul catches her while she is vulnerable so that she will take a shot at Kevin and Raven. During the nomination ceremony, Paul keeps his fingers crossed and says they are playing Big Brother NOT Big Baby! Christmas worries about Josh being in the plan because when he gets emotional, sometimes he goes rogue. After Josh wins PoV, he tells Paul, Alex and Christmas he wants Kevin out but Paul feels Raven is the bigger competitor; Josh doesn’t want the blood on his hands.

Kevin is very happy he is in the Top 5; Alex is devastated she lost her ride or die, Jason but now she’s worried she might be next. Alex goes to see a distraught Josh who admits he voted to evict Kevin. She tells him he has to snap out of it, and to get it together so they can figure it out. Josh says Kevin has been working the house, Alex says she knows and grabs the olive branch he is offering her. Paul joins their conversation, when Alex leaves the room, Paul goes from crying to laughing that they are in. Josh sits wide-eyed feeling he just saw the devil.

Alex talks to Josh, Christmas and Paul because she needs to reaffirm her friendships with everyone in the house. Christmas says she sent him home because he can run in circles around all of them in competitions and too strong a competitor; they talk about how Jason didn’t even hug Alex.

Paul tells Josh this is a game and they have a competition coming up and they need to play it; he needs to talk to Kevin about throwing the HoH, so Josh can win and take a shot at Alex, his biggest competition. He tells Kevin they are throwing it to Christmas as he wouldn’t give it up to Josh. Kevin agrees as Paul has always stuck to his word. Paul tells Josh the plan but Josh refuses saying he isn’t winning because he can’t take the shot at Alex. He tells Josh that Alex is playing a game and he is a fool if he thinks otherwise.

He encourages Josh to be strong; but he tells Christmas in private, he is not okay. Josh doesn’t understand how Christmas is always defending and working with Paul. Paul tells her this is a pivotal point in the game and both are worried about Josh knowing he could do his own thing at any time.

Alex calls everyone into the living room for the HoH competition. She welcomes them to BB Comics week; she reveals there is big news from the outside world; they all sit back to see what it is. ET reveals that BB comics has taken the comic book world by storm, well now there is a BB movie coming out called The Revengers, and the trailer is revealed to them for the summer of 2018. Alex tells them to get on their BB comic gear and head to the backyard.

Outside, Alex says just like the rest of the world, they have caught Revengers Fever, and hopes they obsessed over every detail in the trailer because the biggest Revenger super fan becomes the next HoH. She will ask a question about the movie trailer, answer by placing one of the characters at the front of their individual rooms, if they are correct, they will receive a point; the HG with the most points after 7 questions will become the new HoH.

Josh believes everyone is tossing the game so he can win and take the shot but he implies they may not know which direction the shot is going. Kevin feels he is supposed to throw the competition to let Christmas win, but he feels maybe its time he won for a change.

Round 6, Josh feels Kevin is really fired up and now he needs to put on his game face. Kevin knows the answer but decides to trust Paul and stick to his plan. Josh is the only one to get it right and takes the lead. Kevin doesn’t know what they are doing as Christmas is supposed to win, according to Paul. Round 7, everyone gets it wrong so Josh is the new HoH.

Alex is worried, and has to make sure that she doesn’t become a bigger threat to him; Kevin is pissed that Josh won, as he believed it wasn’t supposed to be him. Josh jumps around saying he is getting another letter. Alex says she needs to play nice with Josh because he plays the game based on emotions. Josh thinks this might be his only chance to take a shot at Paul.

Josh admits to Paul he as a bit scared because he didn’t think Kevin was throwing it. Josh decides he needs to sit back and ask himself if he is making the right move or if he should make a bigger move. Josh says he likes Paul, but he needs to stop playing personal and he needs to make a crazy move but worries his move might backfire against Christmas. Josh knows if he takes a shot at Paul its his only way at having a chance to win the game.

Josh calls everyone for the nomination ceremony; they sit around the table and Josh brings in the block. He chose to nominate Kevin and Alex. He tells Kevin he nominated him because he has floated to the end and laid under the radar and would have appreciated seeing him play the game more. He nominated Alex because when it comes down to the game she is a beast and bad ass competitor and in order for him to move forward this is the move he needed to make!