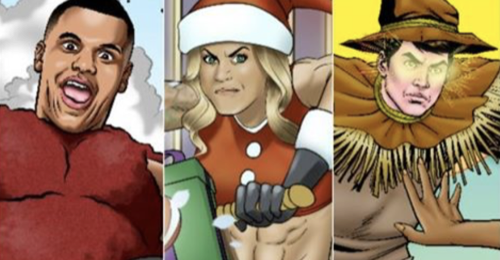 Tonight on CBS Big Brother 19 returns with an all-new Sunday, September 13, 2017, episode and we have your Big Brother 19 recap below! On tonight’s Big Brother season 19 episode 36 “The Power of Veto competition is held and an early live eviction.”

Big Brother Season 19 (BB19) Episode 36 begins with Julie Chen calling all the Houseguests (HG) to the living room for some big news, ordering no one to sit in the eviction chairs; she welcomes everyone to the surprise eviction episode; meaning one of the five will be evicted and become Juror #7.

BB19 continues on Day 80 when Josh adjourns the nomination ceremony; Kevin feels if Alex doesn’t win the PoV, he will definitely not be going home and if he wins the HoH he wonders if he can put up Josh twice! Paul is happy because he thinks Alex needs to go home this week and this way he gets no blood on his hands.

Josh comes to see Alex, who is fake crying in order to play dirty and play Josh. She tells him he betrayed her and he was supposed to be her friend; he encourages her to play the Veto and has a chance of staying, he says they need to have a conversation as asks if she trusts him. He is targeting someone else (Paul) but doesn’t want to expose himself to anyone. Josh leaves and Alex sits up calling him “fake”. Josh cries to Paul and Christmas, but Paul and Christmas tell him she is a player and using his emotions to get to him.

Paul and Alex hug in the “apple” room, she jokes that she can cry on command and that is all she has left to keep her in the game. Josh observes Paul’s actions as Alex tells him that Josh wants to talk to her about possibly backdooring Paul. Josh asks Christmas to promise him that it will be him and her in the final two; she tells him she hasn’t made a decision and doesn’t want the decision.

She really doesn’t want to have to choose between Paul and Josh; Josh is heartbroken and feels like her just got played and cheated on by his girlfriend. He sobs that he feels like he is letting his family down and she hugs him saying they would be proud of him. Paul reveals what Alex said and Christmas say she is a venomous snake; but Josh feels he can make up his own mind and doesn’t need them brain washing him.

Paul goes to the yard where he reveals BB Comics is about to release 16 new superheroes, but the world cannot wait so it is their job to get the scoop on who they are; Christmas was not medically cleared to compete. They need to hit the button to start the clock, then fly down the zip line to peek inside the BB comic studio; they are then to grab the comics in their bin and place them on their computer, so it exactly matches the BB Comics studio wall.

They are warned there are decoy comics but when they think they have all 16 correct, they must hit their button; if it is incorrect a buzzer will sound and the clock will keep running and they must figure out what is wrong. If they cannot match the collection within 45 minutes, their turn will be over; the player who matches the studio wall in the shortest amount of time will win the golden power of veto!

Paul is up first, Josh is up after him; he wants to get Alex out this week or take a shot at Paul. Kevin is up and determined to win the veto so he can control his own destiny but he times out after 45 minutes. Alex is up and is praying that either her or Paul wins the PoV, so they can carry each other to the end of the game.

Christmas says Alex finished in 14:34. Kevin timed out at 45:00. Josh finished in 24:36 and Paul finished with 12:10; which means he wins the power of veto. He runs around wanting to know why he is Potty mouth? Alex is jumping around truly feeling Paul will take her off the block and she will be in Top 2.

Paul calls Alex into a private room, saying as a real friend he needs to tell her the truth now so he doesn’t hurt her at the very end. He says if he pulls her off, everyone will be pissed at him and if he uses it on her he is throwing his own game in the trash. He has family and friends watching who feel if he would take Alex off, he would be making the same mistake he made last year with Nicole.

Alex is upset and feels stupid that she set herself up for this; she wants him to know that she still would have taken him to the end even if she knew she would lose. Paul tries to hug her and she brushes him off. He says he likes and respects Alex and didn’t want people to hurt by him. He actually breaks down crying and Christmas and Josh both hold him. Paul says he can’t save everyone and he has to strip someone’s chances of winning for his own.

Paul calls everyone in for the veto meeting, Alex and Kevin are on the block. Alex says he is the last friend she has in the house and only one she trust and she admits if he leaves her on the block she is dead in the water and believes no one there would pick her in the end. Kevin says its been a long summer, and whatever he decides, Kevin will live by it.

Paul tells Alex that as difficult as this journey has been this moment is the most difficult and has made his decision and chooses not to use the power of Veto. She shakes her head in utter shock as Paul adjourns the meeting.

Julie Chen reminds us that one week from tonight, one Hg will walk away with $500,000 but that isn’t the only prize, they are handing someone a check for $25,000. She reminds viewers to vote for their favorite houseguest.

Kevin stands and says hello and sends his love to everyone back home. He reminds the remaining HGs that its been a long summer as this is Day 84 and his third straight time for being live eviction and fights as hard as he can to be there. He says they have been great and thanks them, saying they have been fantastic.

Alex thanks Julie and CBS and says hi to her family with love and hopes she made them proud. She says its been an awesome summer, and feels she played a strong, physical, mental and emotional game and thinks that is what got her this far. She apologizes for failing Jason and wishes her mom a happy birthday.

Christmas votes first and she votes for Alex to be evicted. Paul votes to evict Kevin, leaving the tie breaker in Josh’s hands. Julie reveals its a tie and tells Josh as current HoH he has to choose who to evict. He stands and faces the two nominees, saying this is hardest decision he has made. He tells Alex that only God knows how much he appreciates here friendship, she has been nothing but good to him, keeping him strong through the whole game; but she is one of the strongest, if not the strongest competitor in this game and he doesn’t see himself beating her in the end. He apologizes and sobs as he votes to evict her.

Alex joins Julie in front of the audience who asks her what was going through her mind when Paul said he wasn’t going to save her. She said she wanted to choke him but this is national television and slap the crap out of him. She says Paul played a really shady game and that Jason was her only ride or die. Julie reminds her she will be back in 1 week on finale night.

Its time for Kevin, Christmas and Paul to battle it out for HoH, at stake is a guaranteed spot in the final 3 and allowed to compete in the final HoH competition as well. The game is called What the Bleep?! They will view 7 videos containing statements made by fellow houseguests this summer, each statement will feature a bleeped out word or phrase. Julie will then tell them what the word or phrase might be and it is their job to determine if it is true or false; each correct answer earns them a point. The HG with the most points at the end of the 7 questions will be the new HoH.

Kevin is not surprised that he is in the final 4 but apparently others are. Josh says he has grown to love the people in the house and although Alex was a great friend, this was strictly a game move and hopes they can be friends outside of the BB house. Christmas says her favorite BB Comic character is Josh’s meatball but loves that they named her a lunatic. Paul is not happy with is character and wishes he was called Mr. Friendship or Motormouth squared or Gumpy; but he won’t deny that potty mouth isn’t accurate.

Thursday’s episode will be another live eviction episode; who will Paul nominate and who will win the final PoV of the summer and who will be leaving the BB house. Friday there will be a special episode where the final battle for the head of household will begin and one week from tonight: Wednesday, September 20, 2017 is live finale night, where the final HoH will be crowned and the jury will return to cast their votes for the winner.