Big Brother 19 Spoilers: Jason Wants To Punch Raven In The Face – Christmas Ready to Save Mark 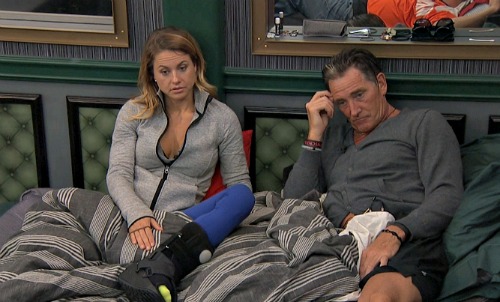 Big Brother 19 spoilers tease that Alex Ow and Jason Dent chat with Paul Abrahamian about Matt Clines and Raven Walton. Alex said that she wants to get Raven out first and then target Matt. Paul agreed and brought up the subject of whether Raven was faking her illness.

Flashback to 12:50 p.m. on Wednesday, Paul complained that Raven called him fat and referred to Alex as her mom. Jason noted that he didn’t understand her and wanted to get her out ASAP. Of course, Alex agreed and explained that Kevin Schlehuber is sick of both Raven and Matt and would go along with target them for Week 9.

Around 3 p.m., the talk quickly changes to whether Raven is faking her illness. No one can deny she had some stomach issue since she has a pacer, but is it possible that Raven isn’t as sick as she claims?

Big Brother 19 spoilers indicate that’s exactly what Kevin he is beginning to think. Jason added that he’s never hit a “girl,” but if Raven has been lying to them about her disease, he will punch her in the face. Yikes! 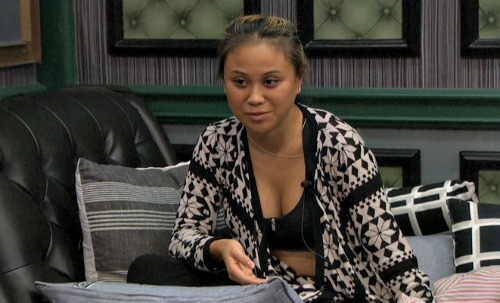 Paul has control of the BB19 house. Everyone seems to be playing his game and doing everything he says. What’s worse is no one wants to make a move without running it by him. It’s beginning to look hopeless that anyone would try to get him out of the house. You’d think at this point; they would want to target Paul, knowing they would have no chance of winning a final two against him.

Big Brother 19 spoilers indicate that Christmas Abbott is ready to flip the game if the vote is tied on Week 8’s eviction. So far, it seems as if three people will vote to evict Matt and three for Mark Jansen. Christmas has debated whether to save Mark all week. She concluded that if there’s a tie, she will break the tie and send Matt out the front door.

Don’t get too excited yet, though. It looks like Mark will be the third member of the jury unless he can flip at least two more people. Although, next week won’t be as boring as the group will have to start turning on each other.

Can Paul continue his winning streak and cruise to the final three? Don’t forget to come back later for more Big Brother 19 spoilers, news, and live feed updates!