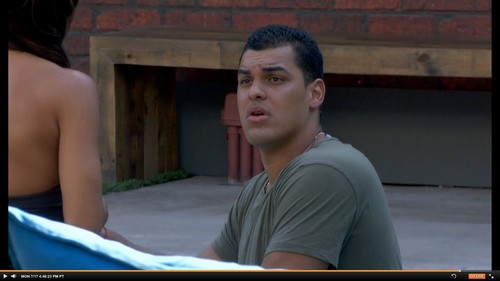 Big Brother 19 spoilers tease that production could be trying to sway Josh Martinez and make him realize that it’s time to turn on Paul Abrahamian. Is it possible that CBS told production to make sure Paul doesn’t win this year either?

Week 9 has shown a clear division in the house. Jason Dent, current HOH and POV holder, wants to target Matt Clines and Raven Walton. However, Paul has tried to put Jason up to saving one of the nominees and putting Kevin Schlehuber in their place. It has turned into a power struggle, and soon the house will have to pick a side.

Josh told Christmas Abbott that production urged him to question whether Paul is really loyal to him. He claimed that they made him think twice about going to the final three with him. BB19 spoilers indicate that Christmas has picked up that Paul is playing everyone in the house. Even though she believes Paul isn’t completely on their side, she still wants to work with him moving forward. 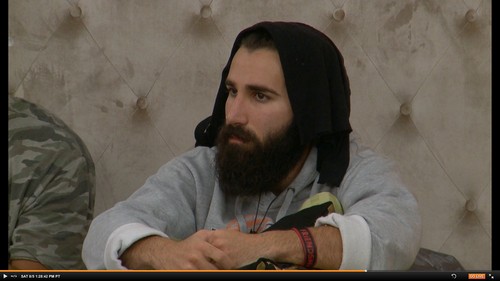 Big Brother 19 spoilers state that Josh still trusts Paul but is beginning to see that he will have to turn on him at some point if he intends to win BB19. Josh revealed that he isn’t playing for $50,000, so if he has to take a swing at Paul to win, that’s exactly what he will do.

In the same breath, Josh told Christmas that they should throw the Week 10 HOH to Matt or Raven (whichever stays), knowing they would target Jason or Alex Ow. Again, he talked about keeping Paul safe as if he is still brainwashed.

It’s almost as if, although Josh realizes that Paul isn’t loyal to him, but he doesn’t want to turn on him, yet. If Josh doesn’t turn on him soon, he will lose the game. Big Brother 19 spoilers indicate that Christmas seems like she would be the only one out of the remaining houseguests that would nominate Paul for eviction.

Even with Big Brother production telling Josh that Paul isn’t loyal to him, he still wants to protect him. Hopefully, Christmas will share what production told Josh to Alex or Jason to see some fireworks. Do you think Josh will turn on Paul? How do you feel about production meddling in the game? Stick with CDL for more Big Brother 19 spoilers, news, and live feed updates!