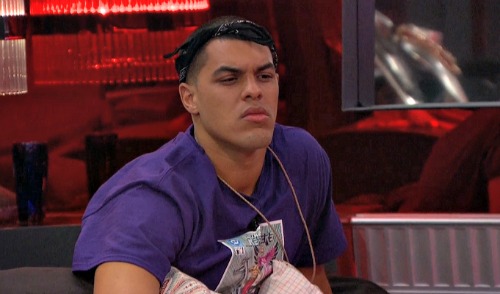 Big Brother 19 spoilers reveal that Josh Martinez won the Week 11 HOH competition, giving him the power to nominate two players for eviction. While it doesn’t seem like Josh would target Paul Abrahamian, he may have to nominate him after the POV competition.

Immediately after the live feeds returned after the LIVE show, Alex Ow chatted with Josh and Paul to try to figure out who was at fault for Jason Dent’s eviction. Josh explained that Kevin Schlehuber told him that Jason couldn’t be trusted, so he went with his gut and voted Jason out.

He cried that he was sorry, it wasn’t personal – it was a game move. Alex understood and made them promise if she is going to be evicted, let her know beforehand. She doesn’t want to cry on national television. They agreed.

As Paul and Josh agreed, he would take the fall for Jason’s eviction. Alex bought it and didn’t suspect that Paul had any part in Jason’s eviction. She actually told Paul, “Thank God you weren’t on the block, or you’d be in the Jury House now.” He has her convinced he is taking her to the end. Oh boy… 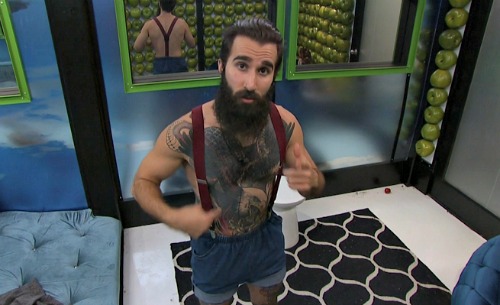 Big Brother 19 spoilers state Josh won the HOH. With only five people in the house, he’s going to have to put up at least one pawn. Josh plans to put Alex up against Kevin. If Alex wins the POV, he will have to put up Christmas Abbott or Paul. The BB19 fans secretly hope Paul goes up and the house blindsides him and votes him out. However, that likely wouldn’t happen.

Kevin checks in with Paul about the target this week. Paul tells him that he will have to go up, but he isn’t the target – Alex is. Big Brother 19 spoilers state that Kevin complains that it’s hard to be alone in the game and not to be able to talk to him. Paul shuts him down and says the game is almost over.

The nominations for Week 11 eviction should be Alex and Kevin this afternoon. Josh will do whatever Paul tells him to do, so we shouldn’t expect him to take a strike at the BB18 vet. Paul is in the perfect spot to win the game. Big Brother needs to flip the game somehow and make Paul work to win the season.

Do you think anyone in the house will turn on Paul? Who do you think Josh will nominate? Stick with CDL for more Big Brother 19 spoilers, news, and live feed updates!