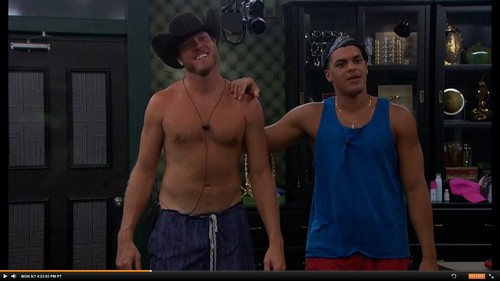 Big Brother 19 spoilers tease chaos could be on the horizon and could threaten Paul Abrahamian’s game. Paul has played a very smart but openly manipulative game so far. However, Josh is starting to think it may be better if they took a shot at Paul in the next few weeks.

There is no question that Paul is the leader in the house. For several weeks, it’s been Cody Nickson versus Paul. However, Josh has started to see that if he wants to win the game, he must take out a huge threat, Paul.

Big Brother 19 spoilers state that Christmas Abbott sees Paul as the one person between her and the $500,000 grand prize. Most of the BB19 house seems content with making jury. Only a few houseguests have said they want to win the game. Most just want to make it to Jury so they can relax until the season is over and collect the $10,000 bonus that comes with making it to the half way point. 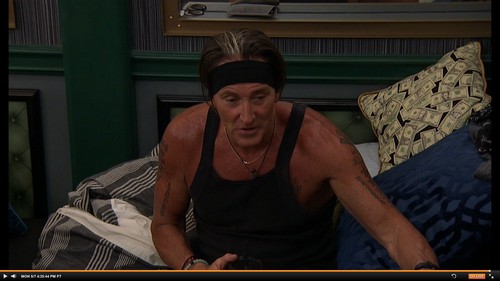 A few days ago, Josh considered targeting Paul in the coming weeks. He told Christmas that he loves Paul as a person, but he came here to win not to make friends. Christmas agreed with him, adding that if they don’t get him out soon, he will win Big Brother.

Once word gets around to Paul that Josh and Christmas talked about getting rid of him soon, he will flip his wig. He will try to do damage control, but it might be too late. Most of the houseguests are aware they need to get rid of Paul if they want to win the game.

Jessica Graf told Elena Davies that whoever takes Paul out of the BB19 game will probably win the season. It’s started to look like that might be the case. Big Brother 19 spoilers indicate that Josh isn’t the only player that wants to target Paul. Kevin and Jason have talked about getting Paul out, but they are unsure how to do it without backstabbing the vet.

It looks like soon the BB19 viewers will see a very divided house. Can Josh and Christmas get the house to turn on Paul? Stick with CDL for more Big Brother 19 spoilers, news, and live feed updates!