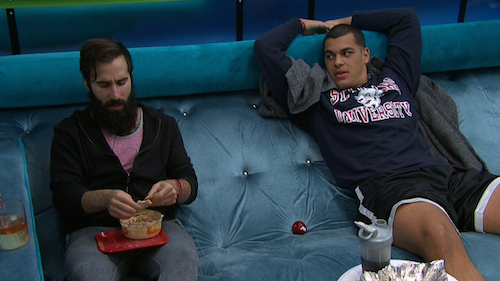 Big Brother 19 spoilers revealed that Paul Abrahamian wants to target Kevin Schlehuber for eviction in Week 9. It isn’t a secret that Paul wants Kevin out of the game soon, but, instead of talking to Kevin man-to-man, Paul tries to put Josh Martinez up to bully Kevin about his weight and age.

Paul approaches Josh about Kevin. He suggests that someone should call Kevin out. Josh agreed and said that someone should find out where his loyalty lies. Then, Paul tests the waters by demanding Josh go bully Kevin about his weight and make fun of him for being older.

Big Brother 19 spoilers indicate that Josh immediately changed the subject. He didn’t even reply to Paul’s demands. Paul reacted by asking Josh again to go “break Kevin down.” Josh stated that he would not do that. He explained that when he did it to Jessica Graf and Cody Nickson, he felt it was needed to combat their bullying. Josh added that it wouldn’t feel right to target Kevin as he has done nothing wrong. Josh expressed how much love he has for Kevin and has respect for him as a man. 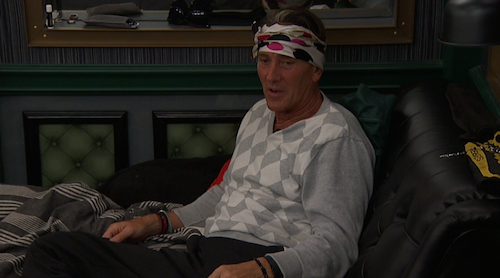 Paul couldn’t believe Josh (his obvious puppet) would dare go against him. He fired back at Josh by saying that he has no reason to respect Kevin because he doesn’t trust him. Even so, Josh refused to do that to the Boston native, adding that if Paul wants it done so badly, he can do it himself. Ouch!

Of course, we know that wouldn’t happen. Paul doesn’t want to ruin his chances of winning the game. Paul dropped the subject for now, but the Big Brother 19 fans know the subject is not dead.

After Mark is evicted, Paul wanted to target Kevin and Matt Clines. As it stands now, Kevin could survive the block. Paul wanted Josh to expose him so he can tell Raven Walton and Jason Dent that Kevin cannot be trusted. Josh shut Paul down and said he wants no part in bullying Kevin and suggested he leave him alone.

Do you think Paul will convince Josh to bully Kevin? Do you think Kevin will be voted out and evicted in Week 9? Stick with CDL for more Big Brother 19 spoilers, news, and live feed updates!