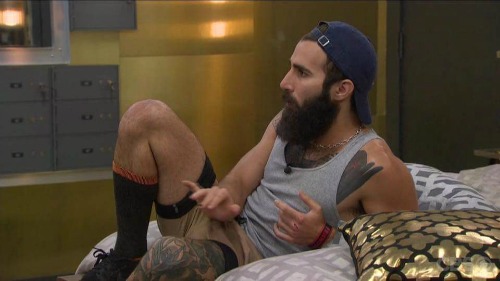 Big Brother 19 spoilers reveal another blindside will rock the house on Wednesday’s special eviction. Paul Abrahamian holds the power as the Veto winner. Alex Ow, one of the nominees, believes Paul is going to save her from the chopping block. Overnight, Paul detailed his plan to Christmas Abbott, and it could send Alex to the Jury House.

To recap Week 11 so far, Josh Martinez won the HOH competition and nominated Kevin Schlehuber and Alex. Paul won the POV and plans to keep the nominations the same. If he uses the Veto, the only option to put on the block is Christmas, who is his closest ally.

Flashback to 3 a.m., Paul whispered to Christmas that he plans to tell Alex that he isn’t using the Veto to save her – if Big Brother locks them inside. He begged her to help him talk to her afterward because he fears she will lose her cool. 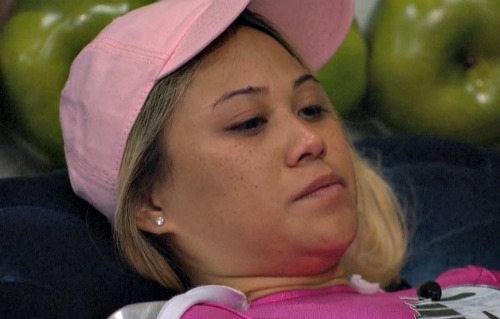 Paul knows what he needs to do and seems to be preparing Christmas for the final ten days of the season. Paul has started to turn Christmas against Josh, planting the seeds that Week 12 is the time to get rid of Josh.

One thing is clear, Josh needs to win the Veto next week, or he will come in fourth place. What’s worse, if he doesn’t suspect that Christmas or Paul would turn on him. Big Brother 19 spoilers suggest that he had a feeling he needed to go after Paul, but he couldn’t follow through because he’s fiercely loyal to him. There’s also the problem that Paul won the Week 11 Veto competition, which gave him safety.

Josh knows that he needs to target Paul to get to the final three, but feels conflicted because he promised his loyalty to the BB18 vet. However, Paul has no loyalty to anyone and just wants to win the game. So, it’s setting the stage for a Week 12 epic blindside.

Do you think Paul will use the Veto on Alex? Is Paul trying turn Christmas against Josh? Stick with CDL for more Big brother 19 spoilers, news, and live feed updates!