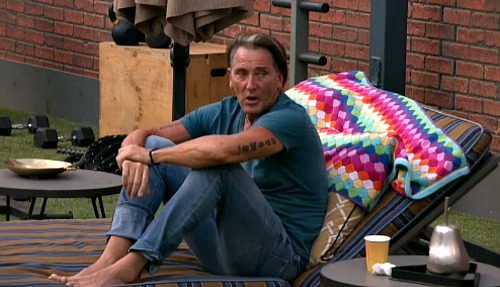 Big Brother 19 spoilers tease Matt Clines, and Kevin Schlehuber faced off in a heated argument on Tuesday, August 29. Matt continues to break all the Have-Not rules, with no consequences other than one penalty vote. The BB19 fans discuss how unhappy they are about the house ganging up on Kevin.

Flashback to 6:30 p.m. Tuesday evening, Kevin questions Matt and asks if he was talking about him to Paul Abrahamian. Matt leans close to Kevin in a threatening manner and an argument erupts. Matt raged at Kevin asking if he was threatening him. Kevin looked shocked and wasn’t sure what was going on. Big Brother 19 spoilers indicate that Kevin walks across the yard to chat with Paul. He claimed that he said nothing and Matt blew up at him.

What Kevin doesn’t know is, Paul told Matt to explode at him like that. Matt is only doing what Paul told him to do. BB19 spoilers suggest the house wants to drive Kevin to self-evict. 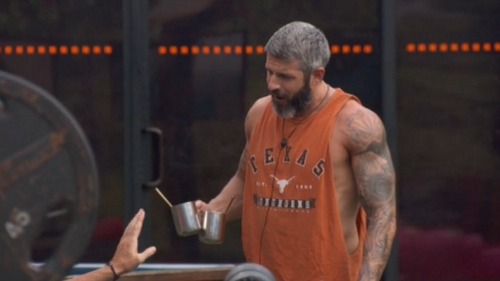 Flashback to 6:30 p.m., Josh Martinez said that he felt like doing something crazy. Alex Ow encouraged him to defecate on Kevin’s bed. She teased that it would be fun. Of course, Josh laughed it off, but it was clear that he didn’t want any part in stooping that low. Alex has really disgusted fans lately and her laughing while Jason Dent joked about raping Kevin’s wife has turned social media against her.

Matt spent his night in a regular bed last night, instead of the Have-Not room. Earlier, he took a hot shower, too. He isn’t eating slop. So far, Big Brother only intends to give him one penalty vote. Many BB19 fans are upset with CBS for not having stricter consequences for breaking the rules.

Big Brother fans complain on Twitter about CBS allowing the houseguests to bully and demean Kevin in such a way. This isn’t the first time this season CBS has been under fire. When Paul led the house to bully and harass Jessica Graf and Cody Nickson, social media exploded. Many couldn’t believe that production didn’t step in to protect them.

And, here we are, it’s happening again – only much worse. The whole house is attacking Kevin and ganging up on him. It’s no wonder that he feels as if he’s losing his mind. Little does he know, Paul is behind it all. He still thinks Paul is on his side.

Do you think Matt should be punished more severely for breaking Have-not rules? Do you think the BB19 cast is going too far by attacking Kevin? Do you think Paul is disgusting? Stick with CDL for more Big Brother 19 spoilers, news, and live feed updates!