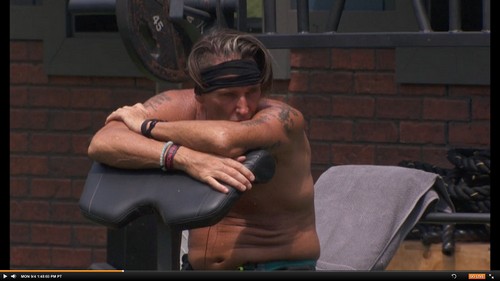 Big Brother 19 spoilers tease Paul Abrahamian’s floatie was deflated, and he suggested someone may have had a hand in the water toy’s demise. Kevin Schlehuber keeps up the sad act, and many BB19 fans wonder if the Boston native could be close to self-evicting.

To recap Week 10, Christmas Abbott won the HOH competition. She nominated Jason Dent and Alex Ow for eviction. The Apple Tree was in play, and no one took an apple. Paul won the POV and saved Alex from the chopping block. Christmas named Kevin as the replacement nominee. Right now, Jason is the week’s target, but Alex is gunning for Kevin. 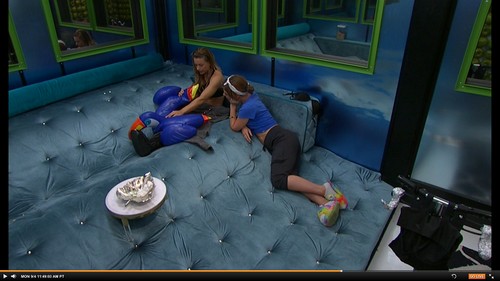 Flashback to 11:45 p.m., Christmas tried to fix Paul’s floatie. She feared that he would be upset about the water toy getting a hole and may blame one of them for destroying it. Big Brother 19 spoiler indicates that Paul was upset for a few minutes but quickly forgot about the toy.

Outside, Paul chatted with Kevin about Thursday’s eviction. Paul tells Kevin to trust him and to look sad and defeated. When Kevin pressed him about who was voting to keep him, Paul demanded that he not question him again. The conversation was strange and seemed almost threatening.

After Paul left, Kevin reassured Jason about the eviction vote. Kevin tells him that Alex would never turn on him, so he will be okay. BB19 spoilers state that Jason isn’t so sure. He suggested that Alex is working with Paul because she never told him he was in trouble. Will Kevin tell Jason that he’s in trouble? 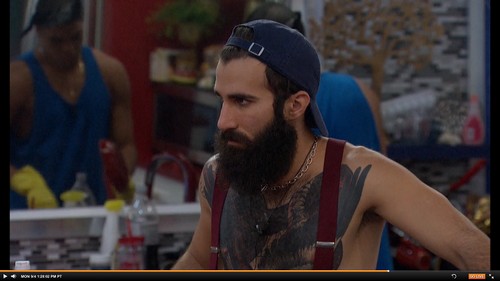 Big Brother 19 spoilers state that Kevin appeared depressed and hadn’t talked to hardly anyone all day. The BB19 game seems to be getting to him, and the fans are worried that he could self-evict. Of course, it could all be an act, but his mood seems to be defeated.

Christmas and Josh Martinez chatted about Paul’s position in the game. They agreed that it was better for their game if they were on the block next week and keep Paul safe. It doesn’t look like anyone is thinking about taking a shot at Paul for Week 11.

What they don’t know is, Thursday will be a double eviction. Paul won’t have a few hours to explain why Jason had to be evicted to Alex. He will have minutes and, if she wins HOH, she could target him.

Who do you think will be evicted on Thursday – Kevin or Jason? Do you think Kevin is really sad or is all an act? Stick with CDL for more Big Brother 19 spoilers, news, and live feed updates!