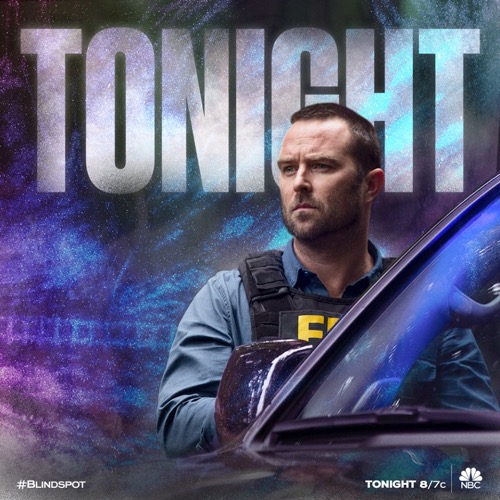 Tonight on NBC Blindspot airs with an all-new Friday, November 17, 2017, episode and we have your Blindspot recap below.  On tonight’s Blindspot season 3 episode 4, “As the team chases a deadly bomber who’s terrorizing Manhattan, Jane uncovers a shattering secret from her youth.”

Roman wanted to punish his sister for choosing the team over him. However, Jane talked to her husband about the latest conversation she had with Roman and they both didn’t want to let Roman or his sick plans ruin the lives they had now. So the couple decided to ignore whatever he said and they reported it to Reade because they thought that would be the end of it yet Reade had then reported the phone call to Hirst hadn’t been happy about that phone call. She thought Roman was targeting the team because he wanted to get into their heads and so she advised Reade to keep his house in order.

Hirst had vouched for Reade and she didn’t want him ruining his own career if someone fell out of line. Yet, Reade truly believed he could handle his position and that the team weren’t going to let anything get in their way. It was after that meeting with Reade that he found out Patterson had solved another tattoo. So the team was getting and they were even solving cases from over twenty years ago that everyone thought had been solved, but it turns out the infamous Penn-Tech Bomber was alive. He used to bomb buildings and had also gone after Penn Station because he wanted to protest against technology that was taking over the world. And everyone thought he killed himself.

The Penn-Tech Bomber, Marcus Dunn, had supposedly died in an explosion. But he had merely faked his death back in the nineties because the feds were getting too close to him and so that answered a lot of questions about the copycats. There had been several alleged copycats throughout the years and that had been impersonating the Penn-Tech Bomber what his love for his explosions as well as his hatred for technology. So finding out he had been alive all this time had meant he was probably the copycats and that he never stopped carrying out his work through that begged the question of how he’s been getting by all those years.

The team figured Dunn must have had help to disappear and stay gone. Though the only way they could think of drawing him out had been to use his daughter. Claire Dunn has been in and out of trouble because of drugs however she had still been in contact with her father. She would pick up or leave a letter in an abandoned van while her father did the same on his end. So they brought Claire to find out how she could send a message to her father in an emergency and she told them about the go-between. She said there was a guy that her father trusted to act as a go-between and that she could get him to come to her by sitting on a bench in a specific park.

Therefore, the guys came up with a plan. They agreed to use Claire to draw out this other guy and they had nearly gotten caught when Jane noticed someone sneaking away. She had seen an older man that was trying to hide himself and followed him though they eventually got into a fight before she could overcome him and bring him in. So the go-between turned out to be Rosamond Ott or Rossi as he likes to be called and he knew Jane. He had recognized her as Remy and had wanted to talk to her about the good old days. Except she couldn’t remember him and was more focused on the imminent threat.

A tattoo doesn’t reveal itself until there was a threat and so the team wanted to know Dunn’s plans because they feared he was going to bomb another building. Though Rossi didn’t want to talk and the State Department was breathing down all of their necks because they wanted custody of Rossi. Rossi was wanted by several countries for the things he did over there and State wanted him to hand over so that their allies could get justice, but the FBI was trying to fight that order because they thought Rossi was the only way to get to Dunn. So it had come as a surprise when they later broke Rossi’s code in his little notebook.

The criminal “mastermind” had kept a notebook on all of his clients and he had put everything in code. But Patterson was able to break it and she found Dunn’s address in the book. So the task force had traveled to the home hoping to find Dunn yet he had already abandoned the place and had even rigged it to explode for when the police showed up. And so there had been an explosion. Just no one got hurt because everyone managed to walk away from it and the so the explosion had only messed up Jane. Jane was tired of being confronted with her past and she wanted all to be over so Weller tried to be there for her.

They had wanted their wedding video and it had been filled with happy memories. Yet, it had seemed like a long time ago for Jane because she was starting to wonder if things were ever going to be normal. So she was trying to deal with her past when her brother proved to be helpful again. Roman had tattooed a cypher on Jane that she could use to solve wherever Dunn was going to bomb next and so the team knew that he was heading for hospital/teaching school. And they raced there to stop the bomb however it had never been their plan to kill Dunn and so he had forced their hands and they had been left to stop the bomb on their own.

However, Jane and Weller hadn’t let the pressure get to them and they had stopped the bomb in time. So everyone thought that would be the end of it yet they later learned that Rossi had escaped from the State Department and Patterson for one didn’t believe in coincidences. She has been investigating Stuart’s murder and she thought the task force might be comprised because someone within either the FBI, the DOJ, or State had made sure to delete some of the evidence pertaining to Stuart and what he found during his own investigation. And so Zapata had wanted to talk about it to Reade when she noticed that Reade was pretty friendly with someone from State.

So Zapata didn’t know if she should tell Reade anything. Yet, while she was thinking’s things over, Rossi had managed to drop off a little present for Jane. Jane had apparently given birth to a daughter and Rossi had handled the child’s adoption.