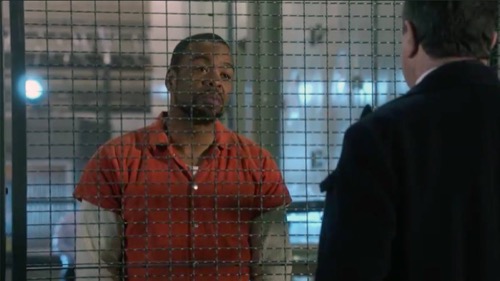 Tonight on CBS their hit drama starring Tom Selleck Blue Bloods airs with an all-new Friday, February 3, 2017, episode and we have your Blue Bloods recap below. On tonight’s Blue Blood Season 7 episode 14, as per the CBS synopsis, “A parole officer’s romance with an ex-con leads to a possible cover-up in a gang leader’s shooting. As Danny (Donny Wahlberg) and Baez investigate the murder, Frank tries to halt further violence by talking to a rival gang leader who once killed a police chief.”

A shooting had the city rattled on tonight’s episode of “Blue Bloods”. The shooting had been between two rival gangs called the Kings and the ADTs and the fact that gunfire had finally been exchanged had made everyone worry about a potential gang war. But there was rule in these sorts of things and it basically meant that the cops weren’t going to find any help in the gang community however Frank had wanted to know why his detectives hadn’t been forewarned. Frank had had two gang units that both had undercover agents in the Kings and ADTs. So Frank wanted to know why his undercover agents hadn’t heard anything and how they had come so close to war.

However, Frank had wanted to prevent war as much as possible and he didn’t want to let the media runaway with the idea. The media had quickly and unfortunately found out about the shooting and its significance. So people were up in arms and everyone was talking about this war that might spill out into the streets yet Frank didn’t feed into that. His office had been called over and over by people wanting a comment and so Frank gave them one. Frank had told his people that the only comment he had was that the war was never going to happen and so that’s what his office ran with in order to keep everyone calm.

Only Frank’s people had their doubts. They knew that the gangs were gearing up for something and they didn’t have much confidence in either Danny or Baez as the two worked the case. Yet, the detectives had eventually gotten somewhere. They had found out that a recent parolee had gone back to the Kings and they suspected that he might have killed the ADTs’ leader as a way to prove he was still loyal to the “cause”. Yet, speaking to the guy and get actual answers out of him had been like pulling teeth. He hadn’t wanted to leave the gang’s club and he had almost made his people to attack Danny for daring to question him.

So Danny and Baez had been forced to play it tough. They had reminded everyone they shouldn’t be so stupid to attack a cop and they had kept their guns out in the open in case they needed them. But Ronald did come to his senses in the end and he had agreed to be taken in for questioning though he claimed to have had an alibi when the ADTS’ leader and his driver had been killed. He said that he had been with his parole officer and the P.O. had backed him. She had said that Lloyd had been with her during the shooting and she hadn’t thought he was involved with his former life because he told her that he wanted to become a better person.

Which was both funny and strange from an experienced parole officer. Though the detectives bought her story until the gang war officially kicked off and over eight people had been either injured or dead in a mere forty-eight hours. So Danny later told Baez about his suspicions. He told her that he suspected that Lloyd really did take part in the shootings because he matched his MO and so Danny had doubted the parole officer. He thought something was off about her and he felt validated when a witness finally came forward to say that Lloyd did however Baez didn’t believe in Danny’s suspicions or the witness’s story.

Baez thought the eye-witness might have made a wrong id and she thought Danny was paranoid about the parole officer. However, she went with Danny to check out Ramirez’s apartment despite what she thought. Baez had thought that following the PO would be a bad idea and she had hoped that the other woman wasn’t guilty. So it came as a surprise for her when the two detectives spotted Ramirez making out with her own parolee Lloyd. That had been a violation and Baez had hated a dirty cop, but the fact that Ramirez had been making out with that guy meant they had something on her.

So they blackmailed Ramirez into helping them and had convinced her to set up her lover so that they proved Lloyd kicked off a gang war. But not everything went according to plan. Ramirez had asked her boyfriend to meet her and she had gotten him to confess to what he did yet Lloyd had turned on her the second he realized she set him up. Lloyd had used her as a human shield until she was able to get away from him. And he had ended up shooting her for the alleged betrayal. Lloyd though had gotten shot by Danny and so he wasn’t going to go back to the Kings like nothing happened.

Frank meanwhile did everything he could to make sure the war didn’t continue and he had threatened one leader with a transfer to a different albeit deadlier prison. Yet, the guy didn’t want to deal with cops and so he will most likely die not long after he’s transferred. So Frank did do as he promised and he made sure the city was safe once again though there was something that neither he nor Danny had a part in and that was the false calls. Someone had apparently hacked the police radio system and had officers running all across the city to report for crimes that didn’t happen when actually crimes were occurring.

Though Jamie and Edie had met a guy that liked to listen on their emergency calls and he helped them track down the guys that were corrupting their system. So in a way, Jamie and Edie had also been heroes, but what they did hadn’t been as publicized as what the rest of his family had managed to accomplish.