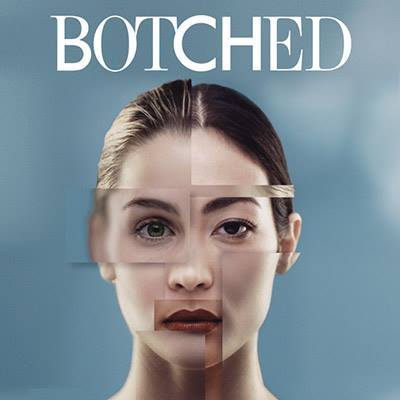 Botched continues tonight with an all new Sunday, June 18, 2017,  season 3 episode 1 called, “The Boob Fountain of Youth” and we’ve got your Botched recap down below! On tonight’s episodes per the E! synopsis, “In the Season 4 premiere, a drag queen seeks Dr. Dubrow’s expertise to rejuvenate his old breast implants (and career); Dr. Nassif tackles a severe nose deformity; and the doctors meet a woman who wants to blow up her butt.”

The doctors were back for an all new season and the first patient they meant was a woman that wanted to become Barbie. She had apparently fallen in love with the exaggerated Barbie look and has spent most of her adult life trying to be as perfect as the doll we all loved and grew up. But Martina Big had taken things a little too far. She had gotten her breast augmented on several occasions because she had wanted them to be bigger and bigger every time however doing so had made her top heavy. “Top Heavy” is when a woman’s chest is so large that it looks like she would tip over.

However, one of the things that can make women look “top heavy” would be a lack of hips and/or butt. So Martina had gone to Doctors Paul Nassif and Terry Dubrow to even out her look though naturally both were concerned about their patient’s need for extremes. Especially as they’ve seen this sort of thing before. The doctors have dealt with patient that were willing to risk their lives just to get a certain look and so it fell on them to be the bad guys. They had told patients that if they did anymore that they could experience health problems for the rest of their lives and that surgery wasn’t worth it.

Much like Martina’s many breast augmentations weren’t worth it! Though Martina herself took pride if having the largest breasts in Europe yet she had wanted a butt to match and the doctors weren’t going to give her something that was bigger than her breasts because they did great and sometime phenomenal work rather than merely what their patient demanded. So as Martina’s case remained up in the air, the doctors met their next patient. Flame was a female impersonator and, unfortunately, he had something called “floppy boobs”.

“Floppy Boobs” came about after Flame had gotten breast implants. He said that he had wanted to look good and wow the audience, but a lot of doctors at the time hadn’t been willing to perform such a surgery on men who more importantly wanted to stay men. So Flame had been forced to go to Mexico just to get the surgery and naturally there were some complications. The breasts weren’t put in right and they made Flame look lopsided. Yet, Terry had taken a look at Flame’s chest and as the breast doctor he felt like he could honestly help Flame.

Terry had come up with a surgical plan that he believed would work and give Flame what he finally wanted so he was able to get the go-ahead from Flame. But Terry had run into some difficulties with his plan. He was in the middle of removing the old implants when he noticed that one of them had ruptured. A ruptured implant ran the risk of free-floating silicone as well as an infection that could derail the rest of the surgery however Terry managed to work around the issue. So he was able to put in the new implants and had given Flame a breast lift which he had hoped would be enough.

However, Terry didn’t really know how they would look once they’ve healed seeing as there was a complication. So he had been just as nervous as Flame when weeks later they removed the bandages and had seen for themselves how well the surgery had turned out. The breast were still healing at the time and so there was some discoloring though for the most part they were beautiful. They were standing upright and they seemed to be doing great. And so Flame got ready for his big reveal. Flame had wanted to go back onstage feeling confident and therefore she reveal her new breast to her friends and children during a show.

Flame had put on her bright red wig and had worn a figure hugging outfit to show everyone that she was back and looking fierce. Though Pardis, who had been another patient that had always felt self-conscious about her nose, had gone for a much smaller reveal seeing as what happened last time. Pardis had apparently gotten a nose job when she was a teenager because she had always hated it and it had lasted for a few years before it then began to droop. So Pardis had gone back to the surgeon to see if he could fix the problem and he had tried to convince her that her nose was fine yet all she truly needed was a chin implant.

So that had made Pardis even more self-conscious and a few years went by with her barely able to breathe because she didn’t want to risk another let-down, but Paul hadn’t let her down when she showed off her new nose to her family and even proved to them that yes she was able to breathe again. Which pleased her boyfriend because he was a light sleeper and the surgery had helped her to stop snoring. Yet, one of the things that Paul had had a hard time with during surgery was rebuilding a nose that had basically been shaved to nothing. And so whoever performed her original; nose job must have been quack.

And in the end, Martina came to see for herself that if she wanted a big butt that she would have to get it naturally using her own body fat rather than attempting a rush job with implant that were bound to rupture if he sat on them. So Terry and Paul didn’t go ahead with the surgery and Martina had been forced to return to Germany disappointed. But her boyfriend seemed very committed to helping her in whatever way he could and so she did have someone to rely on as she tries to build up body fat in a Barbie body.