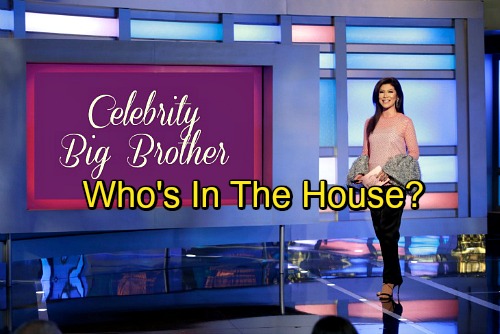 Celebrity Big Brother has come to America at last and Big Brother Nation is justifiably thrilled! Last night, Julie Chen announced that CBS would air the very first Celebrity Big Brother in the winter 2018. She didn’t have an official premiere date or cast in mind, just that all of that was coming soon. So, what does CDL know about the upcoming CBB? Read below to find out.

Celebrity Big Brother will air the usual format –HOH, nominations, POV, and live eviction. Julie Chen will be the host of the series. There hasn’t been a confirmation on what days CBB will air. Chen stated they might have to change the aired day because they don’t want to compete with football games.

One of the biggest issues with casting celebrities is they must be available for 90 days. Any of them work two and three projects, so to do this, they would have to clear their schedule for three months. Julie stated that when they started contacting people who may be interested in the show, many said that 90 days is a long commitment.

Julie said that they would not use any past Big Brother player or siblings of stars. Sorry, Frankie Grande, I guess that means you are out! She wanted people who were known outside of reality television, although wasn’t ruling out a Survivor contestant cross over!

Big Brother fans, do you think Celebrity BB will do well against big shows like Big Bang Theory and Modern Family? Will you watch? If so, who do you want to join the cast? Stick with CDL for more Celebrity Big Brother spoilers, news, and casting updates!