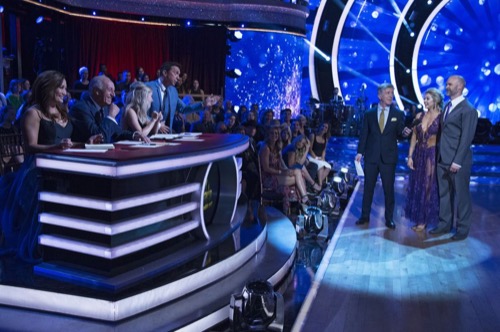 Tonight on ABC The Disney spirit shines in the ballroom as Dancing With The Stars returns for the fifth episode of season 24 and it is Disney Night. American former professional baseball catcher in the Major League David Ross and his professional dancer Lindsay Arnold took the DWTS stage tonight and danced the Jive to “Ride” by ZZ Ward from “Cars 3” – Live Performance by ZZ Ward.

Judge’s comments on David Ross’ DWTS Season 24 episode 4 Viennese Jive: Julianne: Your top half was exceptional, you didn’t miss a beat, those costumes made up for it! Bruno: Lighting McQuinn! You always bring it on. The difficulty with the jive is the sharp footwork, but you always get the show going. Carrie Ann: You did not miss a step, well done with that. You could have a little more toning in your feet.  Len: You got a tough dance tonight, but it was high energy, full octane out there. Your feet were a little bit flat, it is what it is.