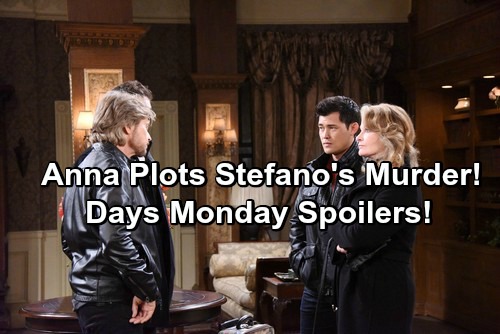 Days of Our Lives (DOOL) spoilers for Monday, January 9, tease that Rafe (Galen Gering), Steve (Stephen Nichols), Paul (Christopher Sean) and Marlena (Deidre Hall) will all land in Prague. They’re on a mission to find Stefano (Joseph Mascolo) and clear Hope’s (Kristian Alfonso) name, but they have their work cut out for them. A guy who can fake his own death is capable of just about anything.

It turns out Rafe and his posse aren’t the only ones on the hunt for the great Stefano DiMera. Someone else is looking for Stefano with vengeance on her mind. Days of Our Lives spoilers say Anna (Leann Hunley) is determined to make Stefano pay for Tony’s (Thaao Penghlis) fate. 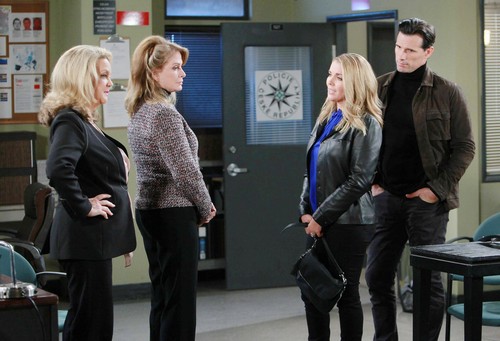 Anna has a gun and she’s not afraid to use it. She’ll vow to take Stefano down if it’s the last thing she does. When Anna spots a man who resembles Stefano, she’ll take aim and fire. She’ll probably miss, but it’s just as well. This is only Stefano’s doppelganger anyway.

Days spoilers say Marlena will be nearby, so she’ll tackle the shooter. She’ll be stunned when she realizes Anna was behind the fired shot. It seems Marlena and Anna have a lot to catch up on. They’ll have plenty of time to do it once they’re thrown in jail! 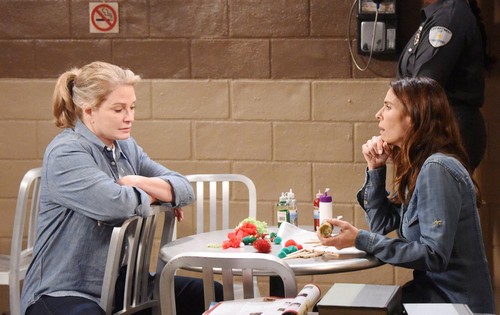 Meanwhile, Hattie (Deidre Hall) will urge Hope to be on guard. Coco (Lauren Leatherer) and Sheila (Tionne “T-Boz” Watkins) still plan on bringing Hope down. Days spoilers state that Hattie will warn her prison bestie about the peril, but Hope won’t be willing to hide. She’ll check herself out of the infirmary and prepare for big trouble.

We’ll also learn the identity of Hattie’s mysterious beau in Monday’s DOOL episode. Days of Our Lives spoilers reveal that it’s a man named Alfie. He’s responsible for Hattie’s stint in the slammer, so he could play an important role in this storyline. Hope will soon become privy to some crucial info about Alfie. 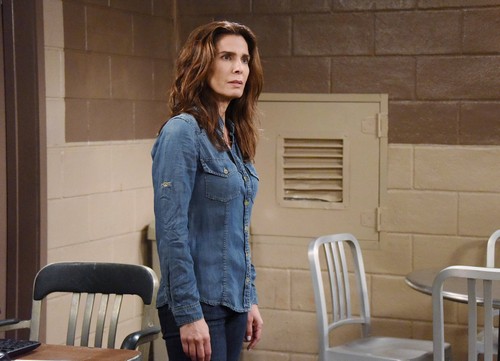 Will whatever Hope discovers help get Hattie off the hook? Roman (Josh Taylor) is working on Hattie’s case, but he doesn’t have much to go on. Perhaps Hope’s findings will be exactly what he needs. However, all of that will have to wait. Hope is about to become an unwilling participant in an escape plot.

It sounds like some exciting scenes are on the way. We’ll give you updates as more news comes in. Stay tuned to DOOL and don’t forget to check CDL often for the latest Days of Our Lives spoilers, updates and news. Come and join in the LIVE discussion on our Facebook Page.