BY Alexandra Rose on November 12, 2017 | Comments: 2 comments
Related : Days of Our Lives, Hot News, Soap Opera, Spoiler, Television, The Young and the Restless 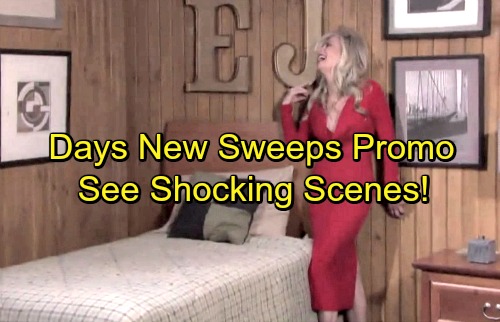 Days of Our Lives (DOOL) spoilers revealed Eileen Davidson was coming back for a brief stint. It was eventually stated that she would be playing Susan Banks. However, fans are in for a surprise. It is confirmed that she will also be playing Kristen DiMera and you will see her “very soon.” Check out the newly released Days November video promo below!

Out of all the characters Eileen Davidson has played on DOOL, Kristen is the most well-known. In 2015, Marlena Evans (Deidre Hall) pushed her out of a window. She should have died, but her body was not on the ground below. It simply vanished, and nobody knew if she simply walked away or if someone took her. 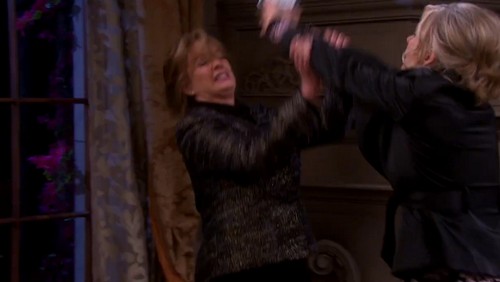 Kristen will definitely want revenge and there are many targets. Marlena Evans is not the only one that could be in danger. Days of Our Lives spoilers suggest Brady Black (Eric Martsolf) and Theresa Donovan’s (Jen Lilley) baby could be kidnapped.

Kristen stole the fetus from Theresa’s stomach and implanted it in her own. After the baby was born, the truth was revealed. That is when Brady and Theresa discovered they had a son, whom they renamed Tate. 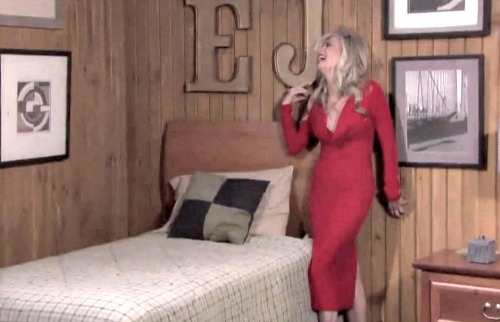 It was speculated for months that Kristen DiMera would return. There are even those that were convinced even after it was confirmed that Davidson was playing Susan Banks. One possible plot twist is that Kristen is disguised as Susan. That is a possibility, but what interest would she have in Will Horton (Chandler Massey)? It seems that there is more to this story.

Days of Our Lives spoilers reveal that Kristen DiMera will show up “very soon.” What kind of trouble will she be stirring up? Is she connected to the Will Horton storyline? Is she pretending to be Susan Banks? Or is this a completely different story, something brand new?

With head writer Ron Carlivati, anything is possible. It will be exciting to see what he has planned for Kristen DiMera. Keep watching the NBC soap and check back with CDL for the latest Days of Our Lives spoilers, updates and news.