Days of Our Lives Spoilers: Chad and Abigail’s Vow Renewal Becomes a Breakup – Gabi and Dario To Blame? 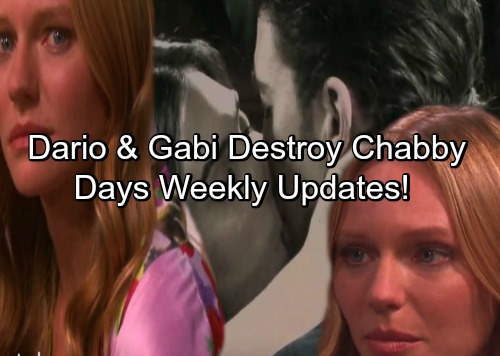 Days of Our Lives (DOOL) spoilers and updates for the week of April 10 to April 14 tease that Abigail (Marci Miller) and Chad (Billy Flynn) will prepare for their upcoming vow renewal. Unfortunately, they’ll run into some problems along the way. When Dario (Jordi Vilasuso) criticizes Chad’s treatment of Abigail, they’ll get into a heated argument. Dario’s outrage will make Chad realize Abby has an admirer.

At home, Chad will give Abigail updates on his encounter with Dario. He’ll ask if she’s aware that Dario is in love with her. Abigail will confess that Dario already told her. Days spoilers state that Chad will fly into a jealous rage, but he’ll calm down eventually. Chad will admit that he’s been out ring shopping. He wants to give Abigail a new symbol of his affection for her. 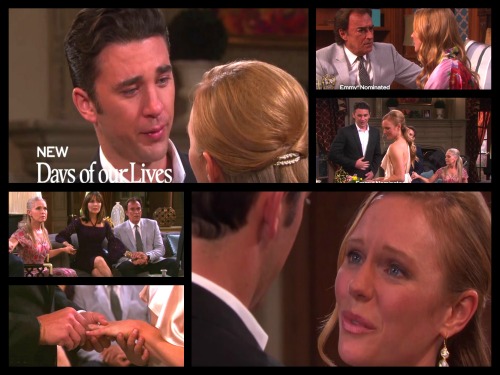 Later, Chad and Abigail will have a small gathering. They’ll party with their family and friends as they get ready to recommit to each other. Days of Our Lives spoilers say Chad will declare his love for Abigail in front of the guests. Abigail will be pleased by Chad’s heartfelt words, but Gabi’s unexpected arrival will shift the mood.

Gabi will feel guilty for ruining everything, but Kate (Lauren Koslow) won’t think she should worry about it. In fact, Kate will encourage Gabi to win Chad back before it’s too late. Days fans know that Kate is definitely on “Team Gabi.” She’ll contend that Gabi needs to make her move right away. 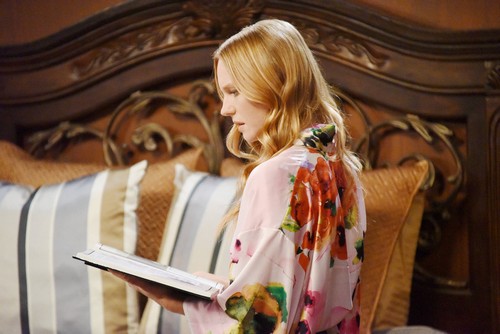 DOOL spoilers reveal that Gabi will dismiss the idea. She’ll indicate that she has no plans to interfere with Chad and Abigail’s marriage. However, Abigail will pick up on Chad and Gabi’s lingering connection. She’ll begin to wonder if she’s really the best woman for Chad.

In a private chat, Andre (Thaao Penghlis) will assure Abigail that Chad wants to be with her. He’ll suggest that Chad wouldn’t have agreed to this vow renewal if he didn’t. Andre will believe that Chad just needs a little time to get his act together. He’ll feel confident that Chad will forget all about Gabi down the road. 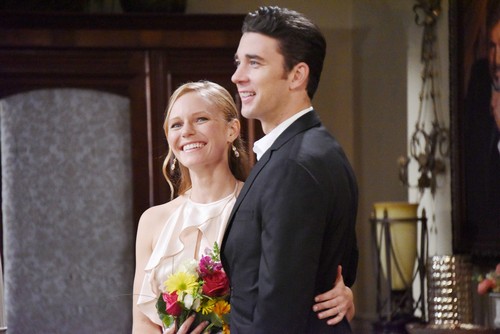 Days of Our Lives spoilers hint that Abigail won’t be convinced. At the vow renewal, Abigail will ultimately decide to back out. She’ll tell Chad that she can’t be his wife anymore. DOOL viewers can expect some painful moments for this couple. We’ll keep you posted as other news comes in. Stay tuned and don’t forget to check CDL often for the latest Days of Our Lives spoilers, updates and news.    Please come and join in the LIVE discussion on our Facebook Page!