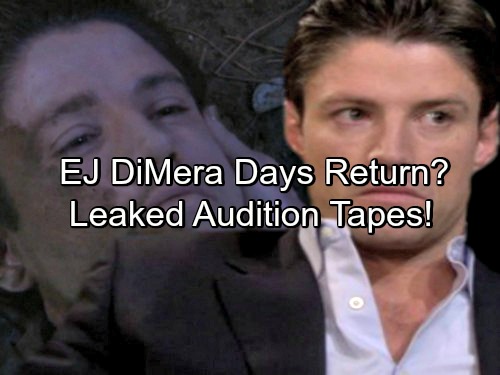 Days of Our Lives (DOOL) spoilers reveal this is the perfect time to bring back a member of the DiMera family, as they are in the midst of a war between the Kiriakis and Hernandez clans. After Gabriel Miller’s audition was leaked (Jason47’s), it is making fans strongly believe EJ DiMera or a close DiMera family member is returning to Salem.

EJ DiMera (James Scott) died after being shot by one of Clyde Weston’s (James Reed) hitman back in 2014 and shortly after his death, his wife, Samantha “Sami” Brady (Alison Sweeney) took their children and left to Los Angeles; but there were definite clues that EJ was still alive. 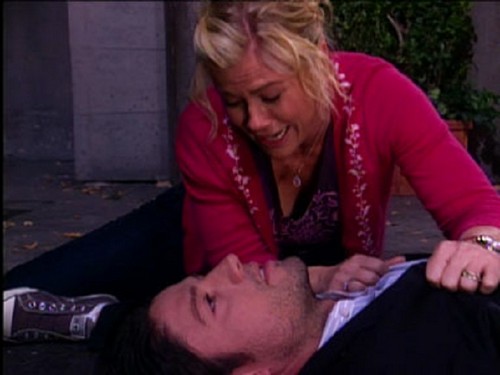 He had sent Sami a letter, instructing her how to take money from his private, secret accounts and there were specific things written that only EJ and Sami knew; is it possible EJ simply disappeared after his shooting? If this is the case, it would seem logical that Miller could be the new EJ DiMera, a character long loved by fans everywhere.

The leaked DOOL audition is a conversation between EJ and his younger brother, Chad, portrayed by Billy Flynn. It clearly indicates upcoming storyline, involving EJ who had never answered to Chad about him sleeping with the woman he had always loved, Abigail Deveraux (then-Kate Mansi), but it seems an apology isn’t the only thing on EJ’s list. 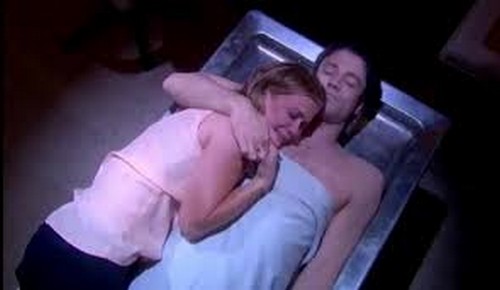 EJ was always a shrewd businessman, and he fully intends to take back what he had given up when he disappeared. He will want full control of DiMera enterprises, and he will not let anyone stand in his way, especially Chad.

Days of Our Lives’ EJ hates Kate Roberts (Lauren Koslow), and when he discovers that Chad is working with Kate, he will order him to stop or he will face the consequences. Chad has never been one to take orders kindly from EJ, and it appears he isn’t about to start now either. How far with EJ go to get back everything he wants? 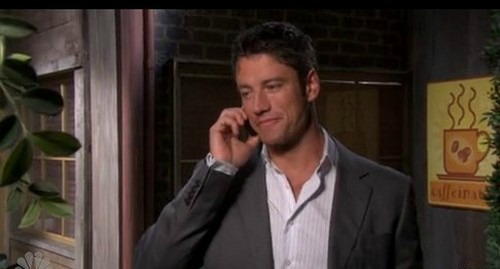 If EJ was returning to Salem, how would you feel about it; ever since Stefano DiMera (the late-Joseph Mascolo) has disappeared, his family has been left in shambles, pitting the last remaining DiMeras, Chad and Andre (Thaao Penghlis) against each other; maybe EJ’s return could unite the brothers, or destroy them for good.

Be sure to tune into NBC’s Days of Our Lives (DOOL) to catch up on everything happening right now in Salem. Check CDL Days of Our Lives spoilers often for updates and news! Please come and join in the LIVE discussion on our Facebook Page!