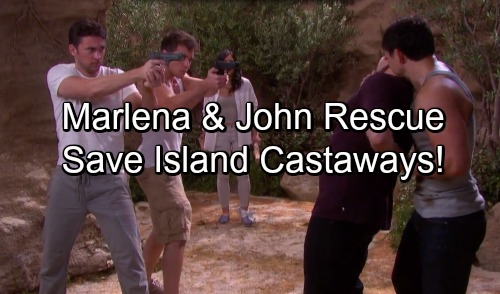 Days of Our Lives (DOOL) spoilers tease that Paul (Christopher Sean) will once again lose control of his rage. Eli (Lamon Archey) and the others will try to get a grip on the situation, but they won’t have much luck. Paul is strong and incredibly vicious. Jungle madness is messing with his head and it’s causing extreme danger for the rest of the group.

As Paul’s threats rev up, JJ (Casey Moss) will break some bad news to Sonny (Freddie Smith). He’ll insist that they may have to use deadly force. DOOL spoilers state that Sonny will protest, but he may be outvoted. The other castaways would rather kill Paul than be killed themselves. They’ll think it might be the only path to survival.

Days of Our Lives spoilers reveal that Sonny’s efforts to get through to Paul will put his own life at risk. When Paul pulls a knife on Sonny, JJ and Chad (Billy Flynn) will intervene. They’ll aim guns in Paul’s direction, but it looks like they won’t be able to fire. It wouldn’t be fair to let Sonny go down, too. 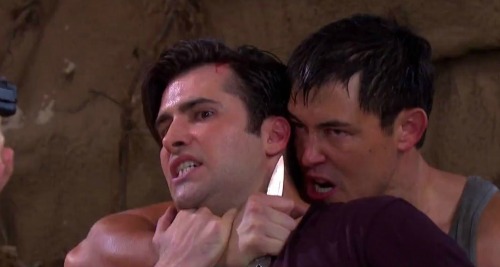 Later, Paul will snap out of his horrifying episode. Days of Our Lives spoilers say he’ll be stunned when he gets updates on his violent actions. Paul will be appalled by the fact that he almost murdered Sonny. He’ll offer an apology, but Sonny won’t blame him. It’s clear that Paul has no idea what he’s doing when his jungle fury is unleashed.

Paul may have other wild outbursts, but help is on the way. Days spoilers indicate that John (Drake Hogestyn) and Marlena (Deidre Hall) will finally manage to track down the stranded Salemites. Just as the island crew loses all hope, their rescuers will arrive to save the day. Marlena and John will swoop in to make sure everyone gets home safely. 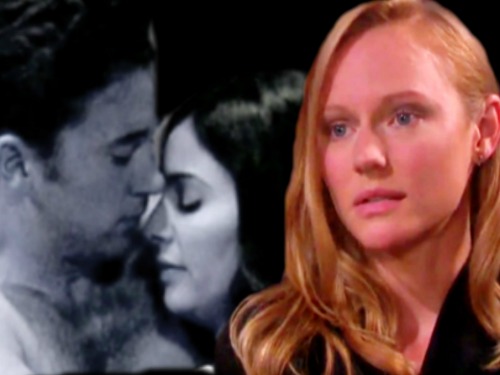 Once they get back to Salem, DOOL fans will see some emotional reunions. Lani (Sal Stowers), Eli, Gabi (Camila Banus), Chad, JJ, Paul and Sonny will all share hugs with their loved ones. Days of Our Lives spoilers suggest that this experience could lead to some major relationship shakeups soon enough.

It sounds like some great scenes are coming up. We’ll keep you posted as other Days details emerge. Stay tuned to the NBC soap and don’t forget to check CDL often for the latest Days of Our Lives spoilers, updates and news.