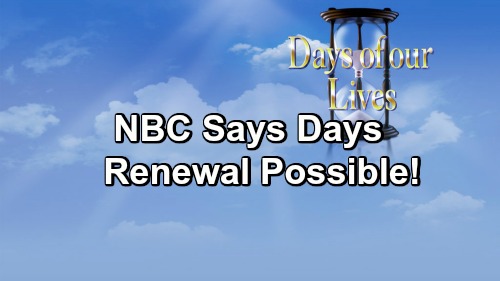 Days of Our Lives (DOOL) spoilers tease that the fate of the NBC soap still hasn’t been determined. However, there’s a little positivity circulating about DOOL’s future. Deadline.com is hearing that “the odds are 60-40 at the moment in favor of renewal.” That’s not ideal, but it’s certainly better than all the recent cancellation buzz.

They spoke with Bob Greenblatt, NBC’s entertainment chairman, about the possibility of another season of Days of Our Lives. His comments were cautiously optimistic. “We haven’t made decisions, but we like that show,” Greenblatt said. “I think we will know more in a couple months.” 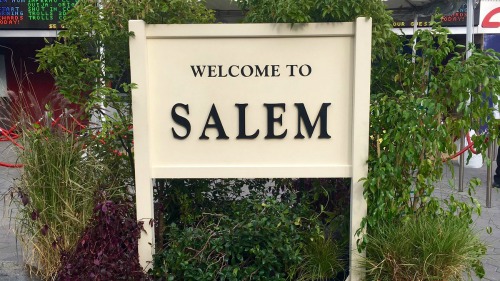 Unfortunately, Greenblatt also served up some harsh reality. He noted that delayed and lack of linear viewing is a problem they’ll have to keep looking at. When the audience skips commercials, advertisement dollars go down. Money is all that really matters to the execs.

Perhaps Greenblatt is trying to calm Days fans about this renewal while preparing them for future disappointment. In other words, Days of Our Lives could be renewed to give them time to wrap things up. It wouldn’t be much fun if the writers had to halt storylines and throw an ending together.

In another interview with TVLine.com, Greenblatt offered more insight on that. He admitted that the timing was tricky since Days films nearly six months ahead. Nevertheless, Greenblatt said they “would try to be respectful” if the show was forced off the air. 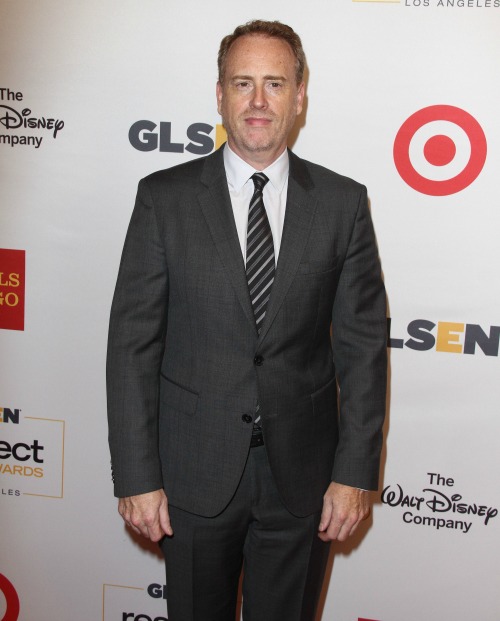 Of course, the ratings would be the most important factor in determining what happens after this potential renewal. The plan could go out the window if they see a rise in viewers, particularly in the target demographic. Nielsen-tracked Days of Our Lives fans need to watch live every day!

As for the Megyn Kelly uproar, Greenblatt stated that it’s too soon to tell where she’ll fit at NBC. He was quick to point out that there are plenty of Today show hours to work with. Greenblatt hinted that this decision is about Days and not what they might cook up for Kelly.

That could change later, but it provides some hope for Days of Our Lives watchers. The fact that we haven’t heard bad news by now might be a good sign. Greenblatt could’ve flat-out said DOOL was finished, but he chose to say, “I don’t think it’s over yet.”

It sounds like fans will have to cling to all the maybes! We’ll give you updates as other details emerge. Stay tuned and don’t forget to check CDL often for the latest Days of Our Lives spoilers, updates and news. Come and join in the LIVE discussion on our Facebook Page.