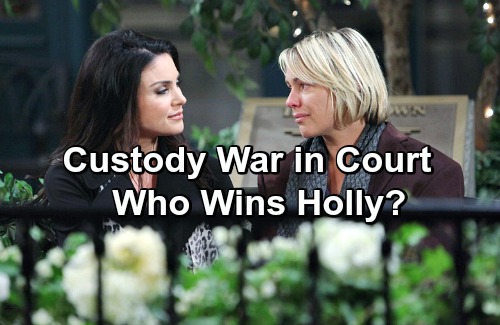 Days of Our Lives (DOOL) spoilers tease that Brady (Eric Martsolf) be disappointed when Chloe (Nadia Bjorlin) won’t back down. He doesn’t think Deimos (Vincent Irizarry) is the ideal stepfather for Holly either, but Nicole (Arianne Zucker) deserves the chance to raise her daughter. Brady will urge Chloe to have a heart and make Nicole’s dream come true.

When Chloe won’t budge, Brady will warn Nicole that things are going to get ugly. He was hoping that Chloe would come around before they went to court, but that’s just not going to happen. Days of Our Lives spoilers indicate that the war will rage on. 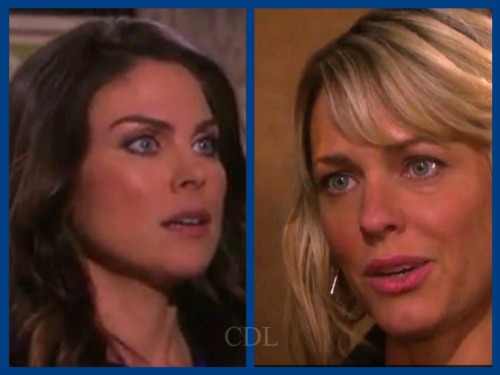 With Justin’s (Wally Kurth) help, Nicole will prepare for the nasty argument Belle (Martha Madison) could make. She’ll just hope that that judge will see the other side of all this. Nicole desperately wants Holly in her life as soon as possible.

Of course, Nicole’s history will be used against her. She’s done her fair share of shady activities over the years, including kidnapping. Days spoilers hint that Nicole will likely have her name dragged through the mud at the custody hearing. Belle will give us some major bombshells. 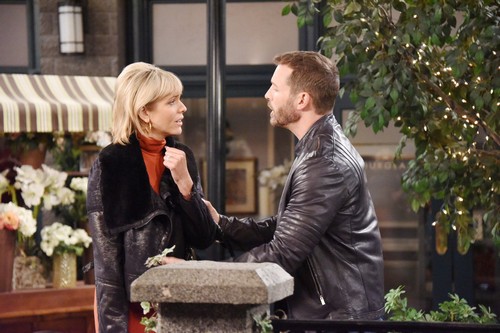 Nicole’s relationship with Deimos will also come up. She was furious after he ordered an attack on Dario (Jordi Vilasuso) and instructed someone to poison Andre (Thaao Penghlis). Nicole basically dumped Deimos, but he convinced her to give him one more shot.

It seems Deimos is already in the process of blowing his chance. Nicole will be outraged when she finds out Deimos has been holding Chad (Billy Flynn) and Gabi (Camila Banus) hostage. Alas, Deimos’ latest rotten streak is just beginning. This situation is obviously going to get even worse. 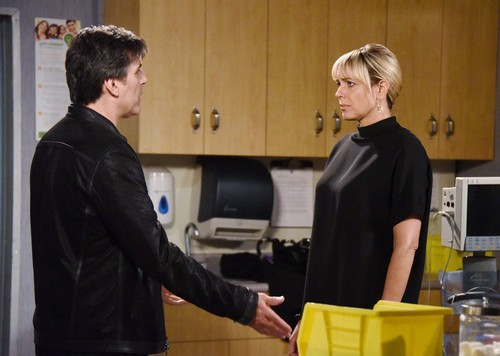 If Nicole cuts ties with Deimos before the custody hearing, that could give her much better odds. Unfortunately, it looks like Nicole may be in the dark at the time. Days of Our Lives fans will be anxious to see how much Nicole knows about her fiancé by then.

DOOL spoilers reveal that Nicole will be filled with fear as she waits for the judge’s decision. Will Belle manage to pull off a victory for Chloe? That would be devastating for Nicole, but it would allow this story to carry on a little longer. 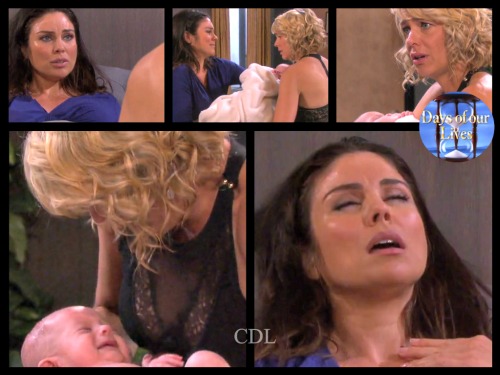 On the other hand, Days may be ready to move this along. If they give Nicole her baby soon, it would raise the stakes when she learns Deimos is still targeting his enemies. It sounds like some good possibilities are coming up. We’ll give you updates as other news emerges. Stay tuned to DOOL and don’t forget to check CDL often for the latest Days of Our Lives spoilers, updates and news.  Come and join in the LIVE discussion on our Facebook Page.