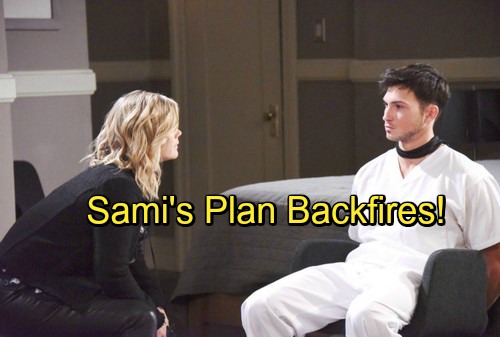 Days of Our Lives (DOOL) spoilers tease that Sami’s (Alison Sweeney) big plan will backfire. She’ll come up with a way to restore Will’s (Chandler Massey) memories, but it’ll certainly stir up some controversy. After Sami breaks Ben (Robert Scott Wilson) out of his psychiatric facility, she’ll force him to play out Will’s murder scene again.

When Will walks in Ben’s old apartment, he’ll be stunned by the creepy guy in front of him. Ben will reintroduce himself and the twisted charade will begin. Days of Our Lives spoilers say Will’s going to have a total meltdown next week. He’ll freak out until it becomes clear that Sami was behind this sham.

At that point, Will’s fear will turn to outrage. He’ll rip into Sami and insist that he doesn’t care if he remembers her. Will wants his memories back, but this wasn’t the kind of tactic he had in mind. Days spoilers say Sami will be devastated by Will’s rejection. She’s desperate to get through to her son, but it seems that task could become much tougher. 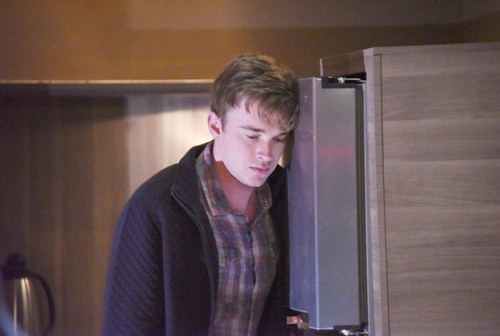 During the week of December 4-8, Days spoilers say Sami will face another crushing blow. Some terrible news will leave her feeling completely defeated. What will bring Sami down? Could Will file a restraining order or take some other type of legal action? You can bet that he’ll at least ban Sami from Marlena’s (Deidre Hall) place. It’s obvious that Will wants nothing to do with his mother right now.

DOOL fans have to remember that Will’s used to sweet, soft-spoken Susan (Eileen Davidson). It was hard for him to watch this aggressive, loudmouthed stranger strip away his mom’s title and spout off demands. Sami isn’t helping the situation by teaming up with psycho Ben.

Of course, the tension can’t last forever. Once Will inevitably recalls his old life, he’ll soften toward Sami. Will should understand that Sami’s done everything out of concern and love. She may not always make the best decisions, but she truly cares about her children.

Will and Sami should get a real reunion down the road. They’ll enjoy some heartwarming moments, so stay tuned! We’ll give you updates as other Days of Our Lives details emerge. Stick with DOOL and don’t forget to check CDL often for the latest Days of Our Lives spoilers, updates and news.