Days of Our Lives Spoilers: Sami’s Showdown with Paul and John – Brady Threatens Nicole With Prison 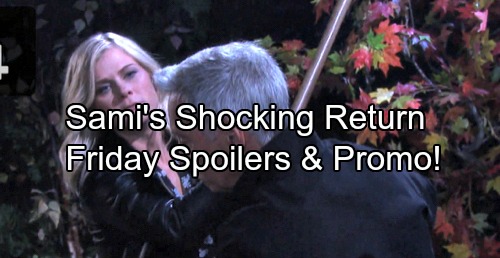 Days of Our Lives (DOOL) spoilers for Friday, October 13, tease that John (Drake Hogestyn) will give Paul (Christopher Sean) updates on Kate’s (Lauren Koslow) discovery. They think Dr. Rolf (William Utay) might’ve used Will (Chandler Massey) as some sort of twisted experiment. Naturally, they assume the doc was working for Stefano (Joseph Mascolo).

Once Paul hears the news, he’ll decide that digging up Will’s body is more important than ever. They need to see if the grave contains a different corpse or if it might be empty. John will agree, but he won’t know what they can do without Lucas’ (Bryan Dattilo) consent. 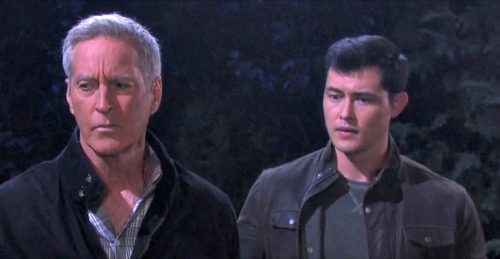 Days spoilers say Paul will determine that they’ll just have to dig it up anyway. John will reluctantly go along with that plan, but Sami’s (Alison Sweeney) return will throw them for a loop. She’ll interrupt them at the cemetery and demand some answers. DOOL fans should enjoy Sami’s first day back!

Meanwhile, Brady (Eric Martsolf) will continue to fume over Nicole’s (Arianne Zucker) cheating and rejection. He’ll eventually make a choice that alters Nicole’s future forever. Days of Our Lives spoilers state that Brady will give Nicole a cruel ultimatum. He’ll suggest that unless she wants to go to prison, she needs to break things off with Eric (Greg Vaughan) and leave town. 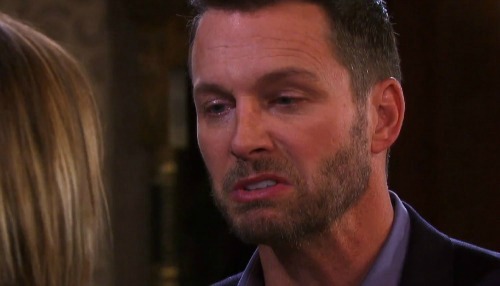 Nicole will be taken aback by Brady’s harsh blow. She’ll wonder if he would actually turn her in for Deimos’ (Vincent Irizarry) murder. Days of Our Lives spoilers say Brady will warn Nicole not to test him. He’ll contend that it’s not a good idea to call his bluff.

Elsewhere, Lani (Sal Stowers) will try to get through to Hope (Kristian Alfonso). JJ (Casey Moss) was suspended for crossing the line with Ben (Robert Scott Wilson), but Lani will think he’s learned his lesson. She’ll argue that Hope should lift the suspension and let JJ get back to a job he loves. Will Hope be ready to let JJ rejoin the force or will he have to suffer a little longer?

It sounds like a hot Days episode is on the way. We’ll keep you posted as other DOOL details emerge. Stay tuned to the NBC soap and don’t forget to check CDL often for the latest Days of Our Lives spoilers, updates and news.