Days of Our Lives Spoilers: Scooter Threatens Nicole Over Holly Kidnapping – Sonny Risks All To Get Deimos 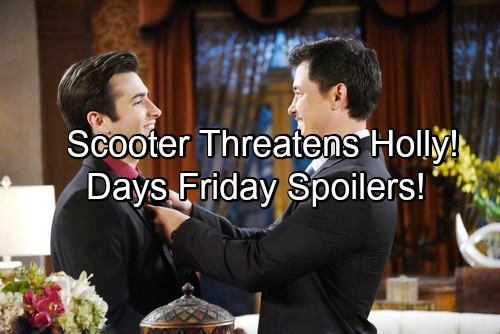 Days of Our Lives (DOOL) spoilers for Friday, April 7, tease that Eduardo (A Martinez) will feel like his luck is changing for the better. Kate (Lauren Koslow) just approached Eduardo about talking things out. She hinted that she might be ready to move past all the drama.

Eduardo just wants another chance to be with the woman he loves. He believes he’s going to get it, but a problem will soon emerge. Days of Our Lives spoilers state that Deimos (Vincent Irizarry) intends on eliminating Eduardo as a threat. His setup will have life-changing consequences for the Hernandez family. 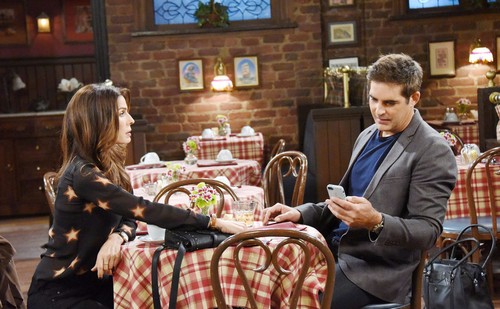 Meanwhile, Rafe (Galen Gering) and Hope (Kristian Alfonso) will get ready to take Deimos down. They’ll hope they can use the information they just overheard to put an end to Deimos’ cruelty. It seems likely that Deimos is leading them straight to Eduardo.

Since Eduardo is getting involved in some illegal activities, Deimos undoubtedly views this as the perfect opportunity to target him. Days spoilers say Rafe will be forced to arrest Eduardo when he gets updates on his latest scheme. Eduardo will eventually be thrown in jail for stealing U.S. Treasury bonds. 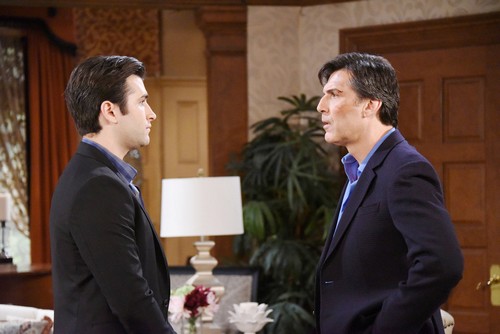 Elsewhere, Sonny (Freddie Smith) will fume over Deimos’ devious strategies. He’ll be sick and tired of watching Deimos wreak havoc. Deimos’ enemies are taking serious hits, but he always gets by fairly unscathed. DOOL fans know Sonny would love to bring on Deimos’ day of reckoning.

Paul (Christopher Sean) will be concerned when Sonny starts taking too many risks. He’ll fear that Sonny could end up injured or dead if he’s not careful. Deimos doesn’t mess around when it comes to people who cross him. Eduardo is about to learn that the hard way! 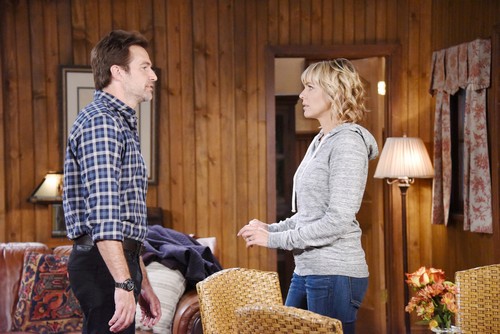 Other Days of Our Lives spoilers say Nicole (Arianne Zucker) and Scooter (Robb Derringer) will have a fierce showdown. Scooter will return to Nicole’s place with a shocking revelation. He’ll indicate that he did some research and knows far more than before. It sounds like Scooter found out about Holly’s kidnapping.

Scooter will wonder if Nicole has given any thought to his demands. If she doesn’t help him live out a few fantasies, Scooter will spill the beans. Now that Scooter has additional leverage, Nicole will be terrified. She’s desperate to be a mother to her little girl, but Scooter could ruin everything.

Days spoilers reveal that Nicole will consider taking drastic action. We’ll keep you posted as other news comes in. Stay tuned to DOOL and don’t forget to check CDL often for the latest Days of Our Lives spoilers, updates and news. Please come and join in the LIVE discussion on our Facebook Page!