Days of Our Lives Spoilers: Serena Mason Returns – Melissa Archer Back to DOOL – Find Out How and Why 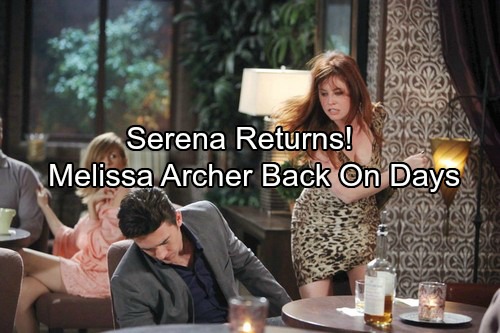 Days of Our Lives (DOOL) spoilers tease another dead character is coming back. However, not in the way that you think. Melissa Archer, who portrayed Serena Mason, is returning from the dead. We have the details right here, so keep reading to find out how this is possible and why she could be appearing after all this time.

Last time Serena Mason was seen was in August 2015. Although she was killed by Ben Weston (Robert Scott Wilson,) she did appear for a flashback scene. Once a respected journalist that lived in England and Africa, she had a history with Eric Brady (Greg Vaughan.)

She was also romantically linked to Xander Cook (Paul Telfer) and the two were part of a scandalous scheme. In fact, it is what led Serena to warm up to Eric after all those years apart. 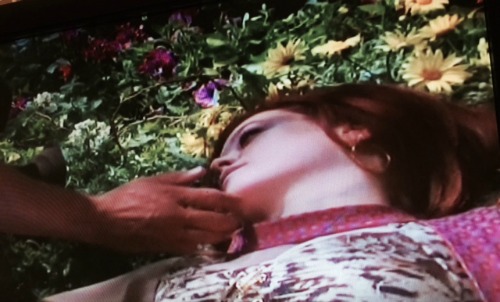 Days of Our Lives spoilers hint that Melissa Archer won’t be resurrected like Will Horton (Chandler Massey.) Instead, she will be a ghostly vision or will be in more flashbacks.

With so much emphasis being put on Will, people need to remember that the Necktie Killer murdered other people in Salem, too. Serena was one of his victims. So was JJ Deveraux’s (Casey Moss) girlfriend, Paige Larson (True O’Brien.)

Past scenes have already been refilmed, including Will’s murder. This was confirmed by Chandler Massey himself, as CDL reported several weeks ago. It is only safe to say that Ben Weston’s other murders are also going to be revisited.

In fact, “Days of Our Lives” spoilers suggest that the other killings will need to go under another investigation. This will be painful for everyone involved. However, if Ben didn’t kill Will, then is there a chance he also didn’t kill Serena? It will be interesting to sit back and find out what Ron Carlivati has in store for viewers.

Fans will have to keep watching the NBC soap in order to find out the truth. Remember to check back with CDL for the latest Days of Our Lives spoilers, updates and news.