Days of Our Lives Spoilers: Stefan Tries To Seduce Abigail Away From Chad – Brothers Battle For Abby’s Heart 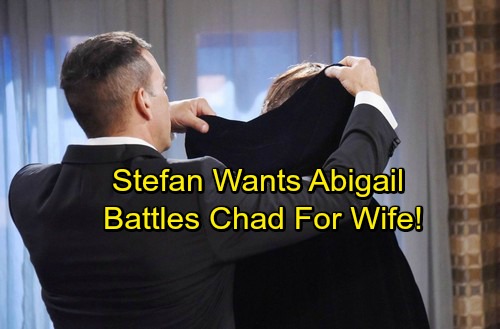 Days of Our Lives (DOOL) spoilers tease that Vivian (Louise Sorel) will bring a guest with her when she shows up next week. It turns out she had a son with Stefano (Joseph Mascolo) and he’s about to cause quite a stir. Tyler Christopher will debut as Stefan Octavius DiMera. DOOL’s head writer, Ron Carlivati, is working in some humor here with Stefan O.

Vivian and Stefan will crash the New Year’s Eve shindig on December 29. Days of Our Lives spoilers say it won’t take long for pandemonium to break out. Stefan will soon announce that he’s a DiMera just like Chad (Billy Flynn) and Andre (Thaao Penghlis). They’ll definitely have questions for their long-lost brother. 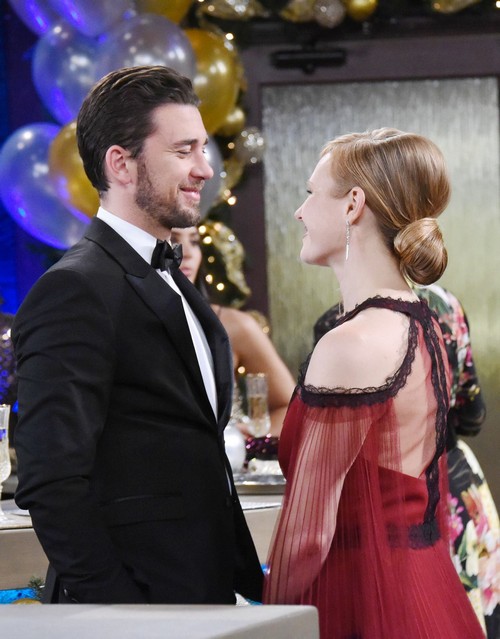 Days of Our Lives spoilers reveal that Andre will have to make a tough call. Will he side with Chad or Stefan in the looming battle? Andre will undoubtedly choose the ally he believes will be more beneficial. Chad would be easier to control, but Stefan could be a real force. Andre needs to weigh his options carefully as this mess begins. The person he doesn’t pick could make him an enemy.

Chad and Stefan will certainly be fierce adversaries as this storyline heats up. Days spoilers state that Stefan will flirt with Abigail (Marci Miller) right off the bat. He’ll seem very interested in starting a romance with Abby, but she’ll shut down his advances. However, there’s a chance that could change down the road. 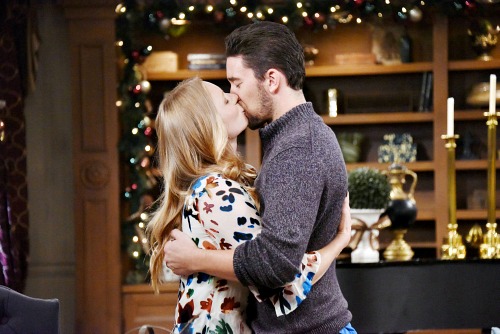 Abigail worked hard to get Chad back, so it’s difficult to imagine her cheating now. Still, Abigail does have a thing for DiMera bad boys. Stefan is basically EJ (James Scott) 2.0 and we all know how quickly Abby fell for that DiMera’s charm. There could at least be major temptation for Abigail in the coming months.

Days spoilers indicate that Chad will try to protect his interests. He’ll hope to defend the company and keep Stefan away from Abigail. Chad will make it clear that he’s not a pushover, but Stefan won’t back down either. He’ll make life problematic for Chad from the moment he arrives.

It sounds like DOOL has some fun DiMera drama in store. We’ll give you updates as other news comes in. Stay tuned to the NBC soap and don’t forget to check CDL often for the latest Days of Our Lives spoilers, updates and news.