Days of Our Lives Spoilers: Stefano Capture Was Faked – Shane and Steve Reveal How They Pulled Off Scheme 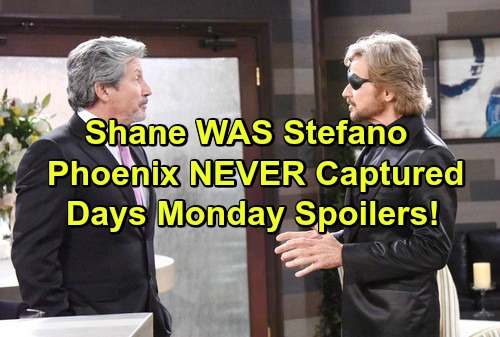 Days of Our Lives (DOOL) spoilers for Monday, February 13, tease that Shane (Charles Shaughnessy) and Steve (Stephen Nichols) will discuss the scheme they just pulled off. DOOL threw in a surprising twist to cap off this Prague storyline. It seems Steve and Shane grew tired of waiting to corner Stefano (Joseph Mascolo). They decided to take matters into their own hands.

When Steve returned to his room, he grinned and told Shane their plan worked like a charm. Shane took off his denim shirt and agreed that everything went just like Steve said it would. It appears that wasn’t Stefano after all! Shane must’ve been wearing a very realistic mask in that jail cell. Now we know why “Stefano” stayed so quiet. 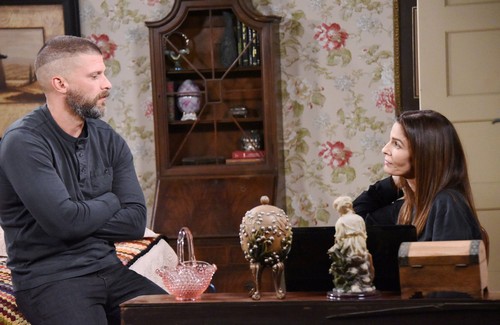 Days spoilers state that Shane and Steve will continue to pat themselves on the back in Monday’s episode. They’ll feel like they did their part to get Hope (Kristian Alfonso) off the hook. Perhaps the ISA had Stefano’s DNA and fingerprints on file. A quick switch wouldn’t have been too hard for Steve to take care of.

DOOL spoilers indicate that Steve and Shane will also get some stunning news. It may relate to this case, but don’t worry. Hope is still going to be cleared thanks to their handiwork. Speaking of Hope, she’s about to have another deep conversation with Eric (Greg Vaughan). He doesn’t like it when Hope gets nosy, but she just can’t help herself. 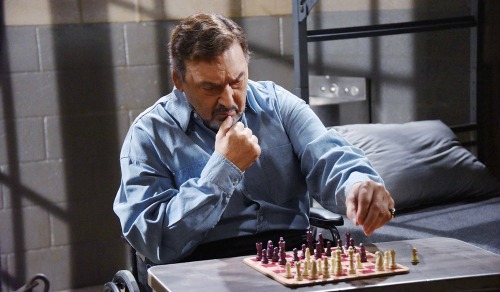 Hope will sense that there was a connection between Jennifer (Melissa Reeves) and Eric. When Jen’s name comes up, Hope will notice Eric’s awkwardness. Days of Our Lives spoilers say Hope will ask if Eric has feelings for Jennifer. She may wonder about their chances of being together.

Eric may admit that they shared something, but he won’t know if they can recapture it. A lot has changed since then. They were both struggling with addictions at the time and they’re much different people now. Days fans will be anxious to see if Eric reconnects with Jennifer or decides to truly move on. 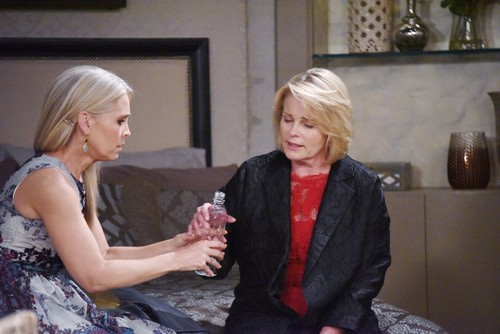 Meanwhile, Jennifer will give Adrienne (Judi Evans) updates on everything she’s learned about the Orwell device and the drama surrounding it. Days of Our Lives spoilers reveal that Adrienne will provide some assistance as this plot moves forward. Anne (Meredith Scott Lynn) will even pitch in later this week.

It sounds like some interesting moments are on the way. We’ll keep you posted as other details emerge. Stay tuned and don’t forget to check CDL often for the latest Days of Our Lives spoilers, updates and news.  Come and join in the LIVE discussion on our Facebook Page.