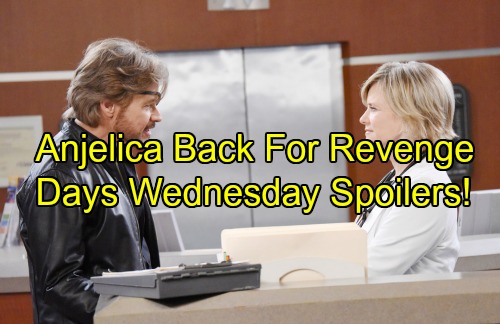 Days of Our Lives (DOOL) spoilers for Wednesday, June 14, tease that Paul’s (Christopher Sean) jungle madness symptoms will get even worse. As he becomes increasingly violent, the castaways will worry about what’s in store. They realize their lives are at stake thanks to Paul’s bizarre illness.

Sonny (Freddie Smith) will be committed to helping Paul overcome his aggressive behavior. He’ll hope that he can get through to Paul, but the others won’t share his optimism. In fact, Days spoilers state that JJ (Casey Moss) will offer a warning about their next potential move. He’ll note that they may have to do something drastic if Paul keeps this up.

Eli (Lamon Archey) already suggested that this is a “kill or be killed” situation. Sonny knows Paul won’t make it off this island alive if they can’t control him. Of course, the alternative could be far more devastating. This wild version of Paul would murder every last one of ‘em if he had his way. 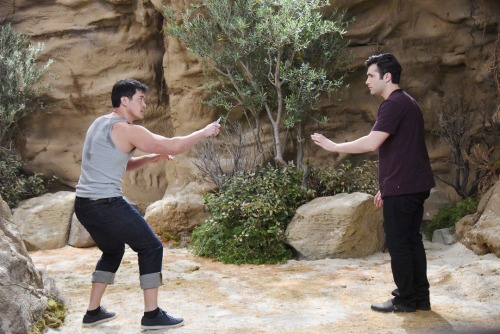 While Sonny handles the crisis, Chad (Billy Flynn) and Gabi (Camila Banus) will discuss their future. Days of Our Lives spoilers say they’ll mull over the path that brought them back together. Gabi and Chad will wonder if they can figure all this out and pursue a real relationship.

Back in Salem, Hope (Kristian Alfonso) and Abe (James Reynolds) will decide what they’re going to do about the tape they just watched. Since Hope (Kristian Alfonso) had a chat with Claire (Olivia Rose Keegan) about fame, she’ll probably assume her granddaughter was setting up a scandal. Abe will be equally disturbed by Theo’s role in the shocker. 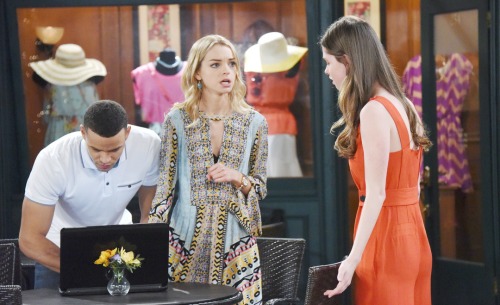 Once he’s confronted, Theo will insist that he didn’t know anything about it. Abe, Hope and Theo will quickly gang up on Claire. They’ll all blame her for putting this plot in motion. DOOL spoilers say Claire will defend herself and point the finger at Jade (Gabrielle Haugh). She’ll maintain that she’s innocent, but she’ll still have deal with the aftermath.

Elsewhere, Steve (Stephen Nichols) will be stunned when he learns who’s been targeting Adrienne (Judi Evans). Days of Our Lives spoilers indicate that Steve will encounter Anjelica Deveraux (Morgan Fairchild). Justin’s (Wally Kurth) ex is back for vengeance and that’s sure to cause major drama.

DOOL fans won’t want to miss Morgan Fairchild’s debut as Anjelica. We’ll give you updates as other Days news comes in. Stay tuned to the NBC soap and don’t forget to check CDL often for the latest Days of Our Lives spoilers, updates and news.