Days of Our Lives Spoilers: Stunning Murder Shakes Up Salem – One Character Meets a Grim Fate 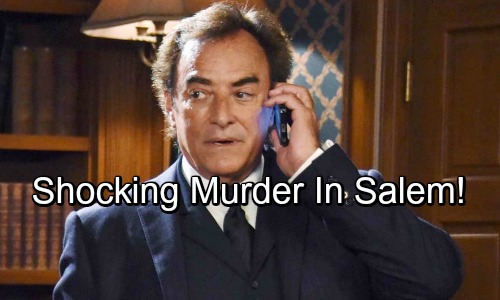 Days of Our Lives (DOOL) spoilers tease that a stunning murder will shake things up in Salem. Someone will bite the dust on the NBC soap, so DOOL fans are buzzing about the potential scenarios. Who could the victim be? Let’s look at some possibilities as we try to crack the case.

This is an interesting mystery since there haven’t been any major departures announced lately. Theo (Kyler Pettis) is leaving, but we know he’ll just be recovering in some year-long program. He’s definitely not a death candidate.

Since Days tapes several months in advance, they aren’t great about keeping exits under wraps. DOOL viewers usually know who’s leaving well in advance. Since there haven’t been any leaks, that alone may be a helpful hint. 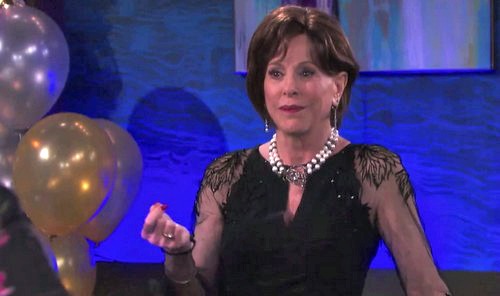 The murder could be someone who’s stint is short-term or a recurring character who isn’t on much anyway. There’s also a chance that some trickery will be involved. Days of Our Lives spoilers say this murder is set to occur in 2018, but there’s no word on how soon into the new year it’ll happen. That’s another important puzzle piece to think about.

Vivian Alamain (Louise Sorel) is headed back to Days next week, but she’ll be around for a few months. It seems odd for the show to spoil a death that’s so far in the future. Nevertheless, we can’t rule her out. Days may want to get fans hyped about what’s to come, even though there’d be a long wait.

Victor (John Aniston) could also be a potential victim. If Aniston has decided to retire, he might’ve agreed to go out with a bang. That’d be a bummer for Victor lovers, but the show has to give us something dramatic. It’s a good idea to deliver some shockers and keep people tuning in. 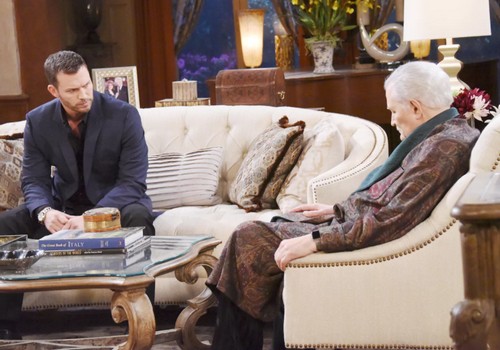 Some DOOL watchers are tossing Andre (Thaao Penghlis) around as an option. However, we also know he’ll be around for at least a few months. There’s been no indication that he’s out yet, but here’s where that trickery could come in. Andre could be killed off and swapped with his lookalike, Tony. Penglis plays both characters, so that would explain why no departure news broke.