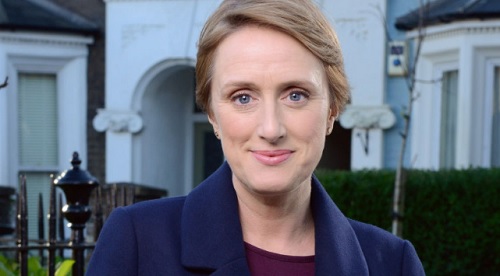 When ‘EastEnders’ spoilers confirmed on Christmas that Michelle Fowler was returning to Walford, fans of the BBC1 soap opera were shocked, for obvious reasons.

Michelle Fowler was played by Susan Tully on ‘EastEnders’ from 1985-1995, and Tully was a fan favorite.  Although mentioned in passing, the character of Fowler was off the canvas for over a decade.  However, Michelle Fowler returned to Walford for the holidays, shocking everyone.  This time around the character is portrayed by actress Jenna Russell.

‘EastEnders’ characters don’t just return after a decade to say “hi”  It was clear that Michelle Fowler was bringing an exciting new storyline with her.  It wasn’t long after Fowler’s return that ‘EastEnders‘ spoilers confirmed she was hiding a big secret.  But, what is it? 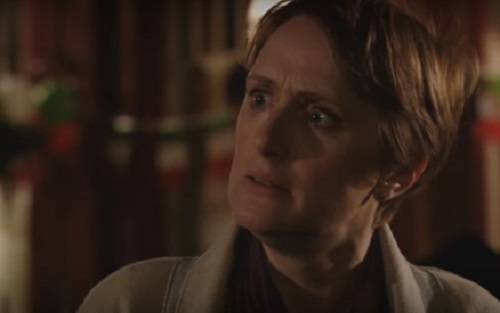 ‘EastEnders’ fans have been racking their brains trying to determine why Michelle Fowler came back to Walford.  Now, spoilers have confirmed that Michelle has some legal trouble and that is why she returned.  In an all new ‘EastEnders‘ promo video Fowler can be seen breaking down, she cries as she reveals that she has “broken the law.”

But, what law is Michelle referring to?  We all know that Michelle has been keeping Grant’s son Mark Junior from him, could it have something to do with that?  Or is it something far more sinister?

‘EastEnders’ spoilers tease that this week will be full of shocking reveals and twists and turns.  But, most interestingly is Michelle Fowler’s confession.  When Jenna Russell recreated the role, it was never really specified how long her character would be back on the canvas.

Is it possible that Michelle Fowler is heading off to prison and won’t be seen for several more years?  Or did she return home because there is someone that could help her get out of the jam that she is in?

Let us know what you think in the comments below and don’t forget to check CDL for more ‘EastEnders’ spoilers and news. 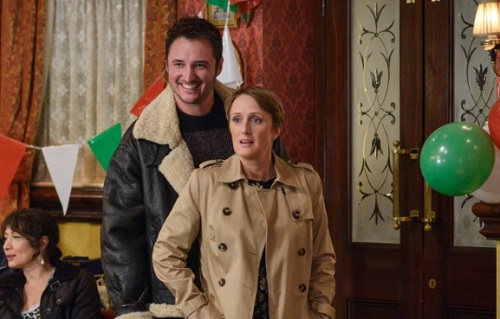 This January on #EastEnders. 😧
Don’t miss a second. pic.twitter.com/ypOLpGMy7T