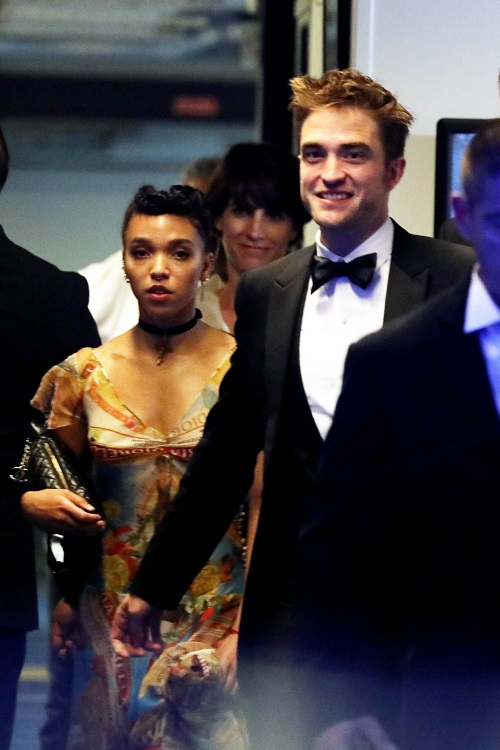 They keep their relationship low-key for the most part. It’s probably because FKA Twig has to deal with the crazy Twilight fans bugging her on social media. She looked really sour when they went to the red-carpet premiere of Robert Pattinson’s latest movie Good Time.

Robert Pattinson and FKA Twigs were glowing on the red carpet. While Robert Pattinson seemed ecstatic to be there, his girlfriend struggled to smile during the event. FKA Twigs stood beside him in a busy Dior gown that she paired her look with nude fuzzy boots and a black choker with a gold crucifix hanging from it. 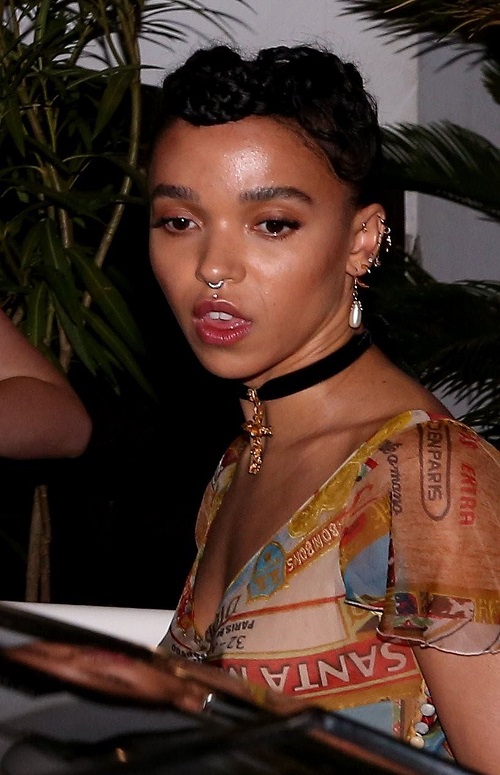 The Daily Mail noticed that she kept looking at the floor as she walked out of their hotel to head to the screening. Robert Pattinson kept it classic with his black tuxedo.

He was later joined by co-stars Taliah Webster and Buddy Duress, writer and co-director Ben Safdie, and co-director Joshua Safdie. Robert Pattinson reportedly got engaged to FKA Twigs back in August 2015. The couple has kept their relationship out of the public eye as much as possible. Despite stepping out together at public events, they rarely speak out about their relationship. Though FKA Twigs has said that the public attention that she has garnered is “100 percent worth it.”

She told The Observer back in 2014 that she is not who she portrays on the red carpet. She only attends these events to support “the man that I love.” She also remarked about the media who scrutinizes every move on her red carpet. FKA Twigs admits that she looks uncomfortable at red carpet events because they are not her thing. But, that doesn’t stop her from loving and supporting Robert Pattinson. 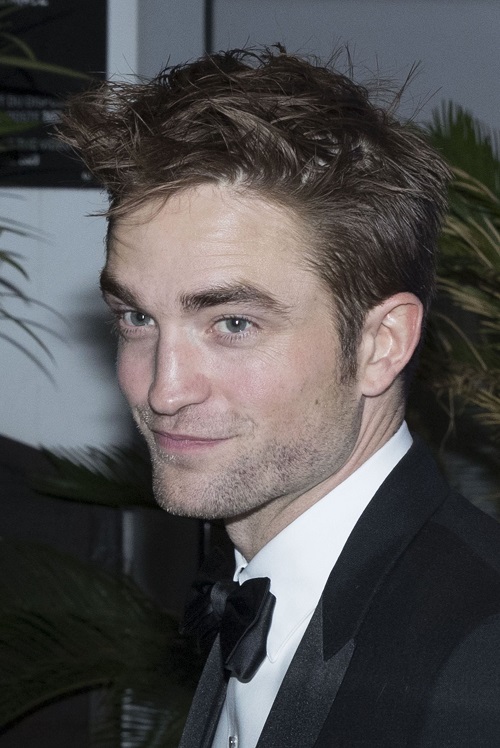 Robert Pattinson and FKA Twigs were all smiles when they celebrated his 31st birthday earlier this month in Culver City, Los Angeles. The actor beamed and even displayed PDA with FKA as they joined friends at an intimate party at Akasha restaurant. However, FKA Twigs seemed engaged with her phone every time Robert Pattinson was talking about something. The couple were later seen hugging and kissing each other outside the venue.

Check back with CDL for more Robert Pattinson and FKA Twigs news and updates here.

NEW pictures of Rob and FKA Twigs leaving their hotel before the Good Time premiere pic.twitter.com/LkUFyeBUmZ