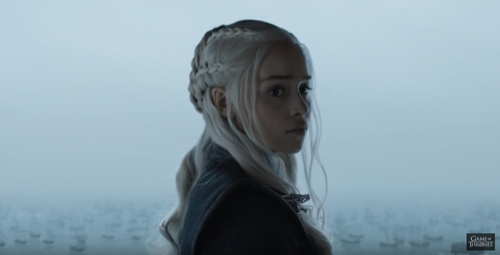 Game of Thrones season 7 spoilers tease what appears to be a nervous Cersei (Lena Headey) upon the arrival of Daenerys in Westeros. “A Mad King’s daughter will destroy the realm,” Cersei tells her people as she sits upon her throne. And concerned she should be given the last words of Daenerys to Tyrion (Peter Dinklage) in the closing of GoT’s season 7 premiere. “Shall we begin?”

As Jamie (Nikolaj Coster-Waldau) pointed out to Cersei in the season premiere, they truly fall short when it comes to allies. Euron Greyjoy’s (Pilou Asbæk) proposal was less than stellar, (except for his new Rocker Guy look this season) ruining what appeared to be Cersei’s only plan so far. We are sure she has something else up her sleeve though! 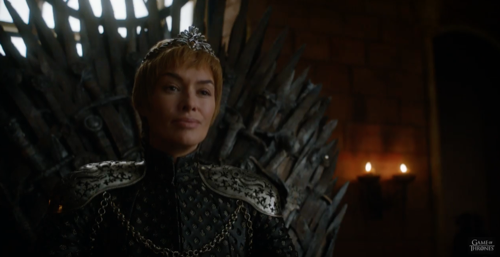 A sneak peek at what is to come in the Game of Thrones Season 7 episode 2 “Stormborn” July 23 episode also revealed Yohn Royce (Rupert Vansittart) warning Jon Snow (Kit Harington) that “a Targaryen cannot be trusted.” Daenerys’ (Emilia Clarke) arrival clearly has the north and south on their toes. But don’t forget, Tarly’s (John Bradley) discovery about Dragonstone and the Dragonglass should prove interesting and entertaining. We are sure to see Jon and Dany meet up since Jon needs the glass to kill the army of the dead and he will also be facing a revolt.

As for Daenerys, the spoiler showcases her meet up with Yara (Gemma Whelan) and Theon Greyjoy. (Alfie Allen) Yara boasts about an army, 3 dragons and an impressive fleet, sharing that they should “hit King’s Landing now!” 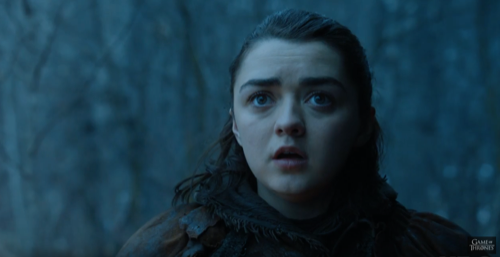 With eyes wide, Arya Stark (Maisie Williams) will see a direwolf in the coming episode and we are assuming it is her direwolf Nymeria. (Remember Arya sent Nymeria away to save him) We also see Jon choke Littlefinger (Aidan Gillen) out. For what is anyone’s guess. Ellaria Sand (Indira Varma) is also seen kissing Yara. 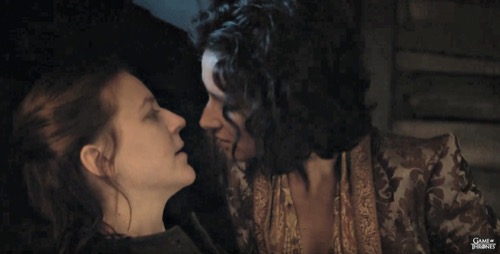 Hope you enjoyed our GOT S7E2 synopsis, photos and video Promo so make sure to tune in Sunday, July 23, 2017 for our recap of Game of Thrones season 7 episode 2, “Stormborn.” CDL is your source for all Game of Thrones news, videos, spoilers & more!