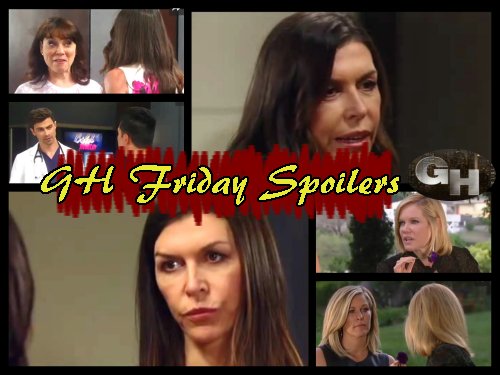 General Hospital (GH) spoilers for the cliffhanger show on Friday, May 19 reveal an epic airport showdown between the Devane sisters. Anna Devane (Finola Hughes) just landed from London after escaping from Alex Devane’s clinic no thanks to the doctor that kept her sedated for weeks. Robin Scorpio Drake (Kimberly McCullough) and Emma Drake (Brooklyn Rae Silzer) knew that wasn’t Anna.

Alex has no choice but to face her twin and says “Hello, Anna.” This has got to be the most awkward family reunion ever. Will Alex get the chance to run off or will Anna be able to stop her and shake some answers out of her? Nathan West (Ryan Paevey) is there to assist Anna when needed and it might be to deal with her wicked sister Alex. There’s a lot of explaining to be done.

Over at Sonny Corinthos’ (Maurice Benard) place, Sonny tells Martina Morales (Daya Vaidya) that he is going to give her some memories that she won’t forget when she heads back to LA. After their night of passion, things are still going strong but General Hospital spoilers say an untimely interruption will cool things off quickly. How long until Carly Corinthos (Laura Wright) is at the door? Not long! 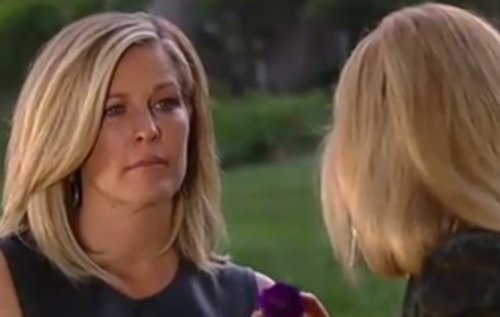 Carly is waylaid at the park by Ava Jerome (Maura West) who tells Carly that her time with Avery is done and she won’t accept her in her daughter’s life anymore. Those are big words from Ava who thinks she’s safe from the Morgan’s med scandal but all that changes on next week’s new episodes, May 22 to May 26, according to GH spoilers. There’s drama over at General Hospital too as Hamilton Finn (Michael Easton) accuses Brad Cooper (Parry Shen) of test tampering.

Dr Griffin Munro (Matt Cohen) knew this was coming and the trap Hayden Barnes (Rebecca Budig) and Finn laid for Brad worked and the sneaky lab tech fell right into it. Griffin tells Brad that it won’t be Finn’s head that will roll but his over this stunt. Looks like Brad better start shopping for a new job. General Hospital spoilers reveal that trouble is coming when Lucas Jones (Ryan Carnes) learns about this scheme.

Over at Nurse’s Ball rehearsals, Lucy Coe (Lynn Herring) has her hands full. Jake Webber (Hudson West) tries out his magic act while his mom Liz Webber (Rebecca Herbst) watches. Lucy is won over and Jake is thrilled that he’ll get to perform. Trouble is, General Hospital spoilers warn that his big finale is the reveal of the Chimera toxin and all of Port Charles will be at risk, but Jake has been programmed to follow Helena’s orders!

Lucy also has to deal with Dr Liesl Obrecht (Kathleen Gati) who tells Lucy that she’s there to save the Nurse’s Ball. Will Lucy let Dr O do her thing when the Nurse’s Ball kicks off on Monday, May 22? Share your comments on these hot spoilers for the cliffhanger Friday episode on May 19 and tune into CDL often for the latest General Hospital spoilers and news.