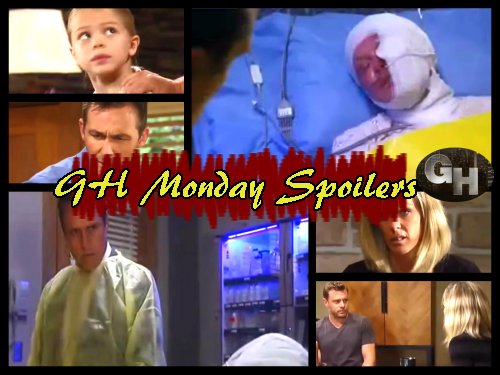 General Hospital (GH) spoilers for Monday, June 5 reveal that Ava Jerome (Maura West) is in such agony that she’s ready to die. Sonny Corinthos (Maurice Benard) wants to kill Ava for what she did to Morgan Corinthos (Bryan Craig). Sonny is stunned when Ava tells him to go ahead and do it. Her pain is out of control and Ava doesn’t think she has any life ahead of her with these injuries.

Sonny doesn’t want to kill Ava while she’s down, though. Instead, he wants her recovered and on her feet so he can kill her when her life is more promising. Carly Corinthos (Laura Wright) also has punishing Ava on her mind. Carly meets up with Jason Morgan (Billy Miller) to talk about the latest developments. She tells him what Ava did and tells Jason what he already knew – that Sonny wants Ava dead.

Carly tells Jason that usually, she would encourage Sonny to hold back, but this time she won’t stop him. Jason is Carly’s voice of reason and he weighs in on this drama. Jason loves Morgan, who was his name sake, so no doubt he wants vengeance, but Jason would be happier to see Ava behind bars than pushing up daisies. Jason also knows Sonny would wind up in Pentonville for killing her. 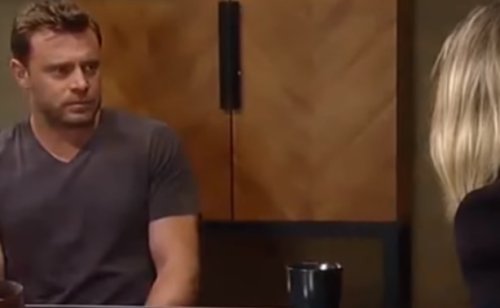 Anna Devane (Finola Hughes) finds Nina Clay Cassadine (Michelle Stafford) chatting with Nathan West (Ryan Paevey) and gives her alarming news. Anna tells Nina that Valentin Cassadine (James Patrick Stuart) is a fugitive and the WSB wants him locked up. Anna tells Nina to help her find Valentin, but will Nina turn on her husband or turn her back on Anna? Maybe Nathan can convince Nina to help.

Lulu Spencer (Emme Rylan) is alarmed that Valentin took off with Charlotte Cassadine (Scarlett Fernandez). Lulu has an idea of how to find her daughter and tells Dante Falconeri (Dominic Zamprogna) what they should do. Turns out Charlotte has a cell phone, but is it one that Lulu gave her or that Charlotte already had? This could be the key to locating Valentin.

Valentin has Charlotte tucked away in a cabin – it looks like the one where Sabrina gave birth to her son when she was on the run with Carlos – and the same place Nathan West (Ryan Paevey) and Maxie Jones (Kirsten Storms) stayed while chasing Claudette clues up in Canada. Lulu calls Charlotte and Valentin is stunned to find his daughter with a phone in her hands. He knows this is bad. 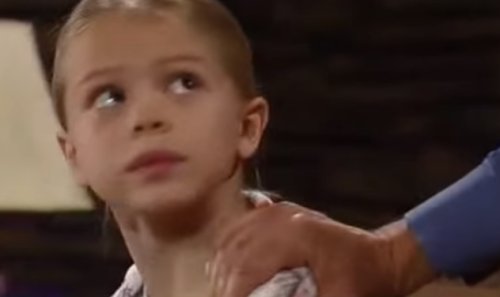 Laura Spencer (Genie Francis) tells Liz Webber (Rebecca Herbst) that there’s something she doesn’t know about the Chimera deal. Also, Liz and Franco (Roger Howarth) spend time together thinking things through. This week, GH spoilers hint Liz will ask Franco to resume their plans and she wants him to pack his stuff and move in with her and her three sons. Franco is ready for the next step.

Also, back at GH, Griffin Munro (Matt Cohen) is Ava’s knight in shining armour. Griffin won’t be happy if he catches Sonny in Ava’s ICU room making threats. Ava and Griffin share a special moment and this is the spark of romance. Share your comments on these GH spoilers for Monday, June 5 and tune into CDL often for the latest General Hospital spoilers, news and updates.