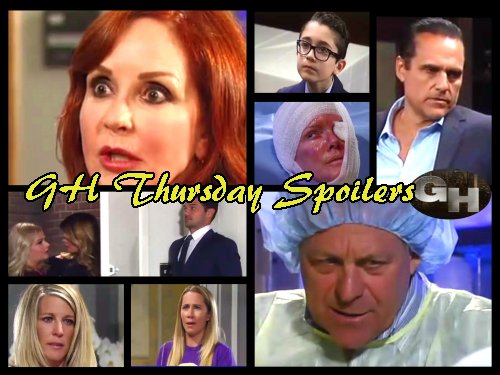 General Hospital (GH) spoilers for Thursday, June 29 reveal that Nina Clay (Michelle Stafford) is suspicious of Amy Driscoll (Risa Dorken) and it seems that Nina stalked and followed Amy home. Amy and Nina grapple at the door because Amy doesn’t want Nina to see what’s behind the door. It’s Nathan West (Ryan Paevey) looking so handsome in a suit.

But it’s not what Nina suspects. Nathan and Amy aren’t up to anything romantic, this is just business. Nosy Nina seems to think Amy is a homewrecker, but that’s not the case at all. GH spoilers for Thursday reveal that Nina resorts to blackmail to get what she wants. Will Nathan be able to get his speculative sister under control? 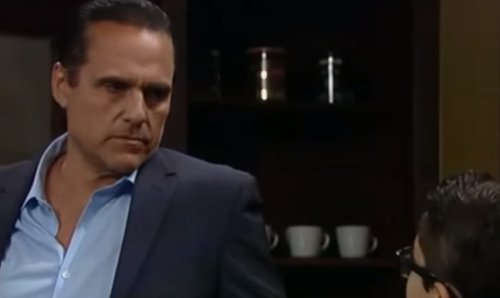 Second, the kid shouldn’t be asking Uncle Sonny to kill someone. Sonny asks Spencer if he understands what he’s asking and then Sonny offers some wisdom to Spencer about this situation. Then again, Sonny isn’t one that sets any sort of example of chill or forgiveness. Laura Spencer (Genie Francis) tells Kevin Collins (Jon Lindstrom) where Spencer went.

Laura no doubt got an update from Spencer’s driver. Laura shares her suspicions that Spencer is soliciting murder for hire. That seems like an offense that deserves at least a time out. Carly Corinthos (Laura Wright) is hopeful but that won’t last long. After Josslyn Jacks (Eden McCoy) hears her mom talking about staying married to Sonny, Joss flips out.

Josslyn is outraged and calls her mother a hypocrite. Bobbie Spencer (Jacklyn Zeman) isn’t a fan of the Corinthos marriage either but heads back to work. At GH, Dante Falconeri (Dominic Zamprogna) grills Ava Jerome (Maura West) on her role in Morgan’s death. Turns out Ava will take Julian Jerome’s (William deVry) advice and won’t confess her crimes. 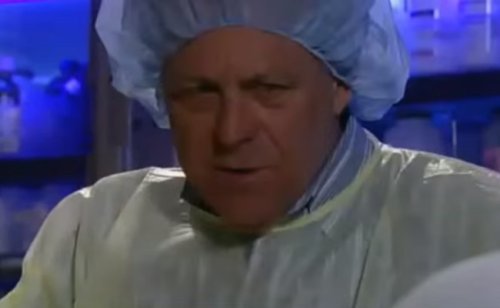 If Sonny had stayed away and not shoved those papers in Ava’s face, she might have come clean, but now she’s ready to fight. Ava won’t tell Dante anything he needs to know and he’s annoyed. Bobbie is frustrated too and tells Dante that Ava needs to face up to her crimes. Later, Scott Baldwin (Kin Shriner) wants to know if Ava sold him out. She didn’t – but Scott might be fired soon.

All of this and more happens on Thursday, June 29 in Port Charles. Share your comments on these spoilers and tune into CDL often for the latest General Hospital spoilers, news and updates.