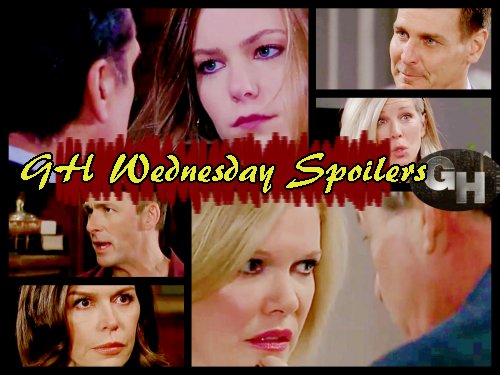 Josslyn tells Michael that no matter what happened, she still likes Nelle. Josslyn feels conflicted since Nelle is on the outs with Carly Corinthos (Laura Wright). Michael is also conflicted since he’s still harboring feelings for Nelle, too.

General Hospital spoilers reveal that once Michael and Nelle discover that Jasper “Jax” Jacks (Ingo Rademacher) is the one that triggered all of this, their feelings for Nelle will intensify. Meanwhile, Nelle has a run-in with Sonny Corinthos (Maurice Benard) who gives her an ominous warning that she needs to “watch out.” 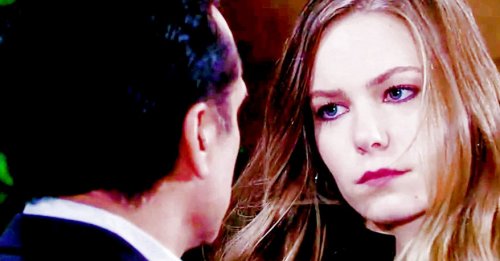 Also on the Nelle storyline, Lulu Spencer (Emme Rylan) stops by the PCPD to see her husband Dante Falconeri (Dominic Zamprogna) and excitedly tells him she made a new friend. Dante asks who it is and Lulu tells him it’s Nelle.

Dante is not a fan of Lulu coloring outside the lines and won’t be happy to hear this. He’s worried this will all come back to bite Lulu when Valentin Cassadine (James Patrick Stuart) gets wind of it. General Hospital spoilers say Dante isn’t wrong – Valentin is already bothered by it. 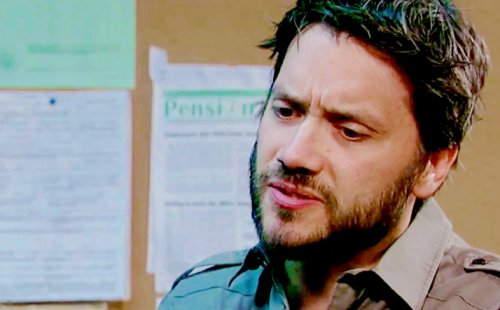 Jax admitted to Carly in the last moments of Tuesday’s GH episode, April 4, that he’s the one that bought Nelle’s kidney from Frank Benson. Carly will be floored and demands to know why he didn’t tell her what the hell was doing on back then.

Carly’s right – Jax could have told her back in the day or, at the very least, the moment he saw that Nelle was in town and was the likely kidney donor. This will hit Carly hard since she’s still suffering from the feelings of betrayal over Sonny.

Scott Baldwin (Kin Shriner) comes to Ava Jerome’s (Maura West) place and is shocked when she tells him about the pills taken into PCPD evidence from the robbery. Ava wants to try and steal them back but Scott says there’s no way she can sneak into the evidence room. 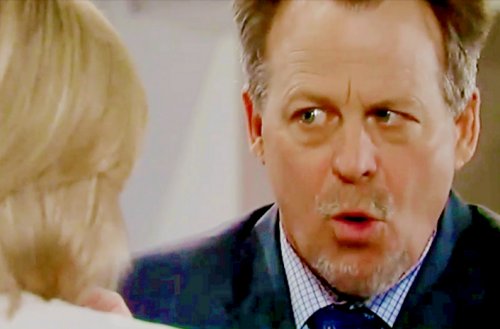 Scott is right because it looks like Dante has already found the pills. As Dante goes through the evidence from the Floating Rib, he’s stunned to find Morgan’s pill bottle and decides it needs a closer look even though Morgan’s death case is closed.

A remorseful Anna Devane (Finola Hughes) shows up to Wyndemere to find Valentin isn’t happy to see her. He’s hurt after their last talk and doesn’t want to lose Nina Clay (Michelle Stafford). Anna shocks Valentin by what she has to say.

Anna left General Hospial with a theory on why Valentin said they slept together but she has no recollection. Looks like this all goes back to Alex Devane, Anna’s twin. Maybe Valentin slept with a woman that looks just like Anna but it wasn’t Anna. Still, Anna feels bad his life was wrecked. Share your comments on these spoilers for Wednesday, April 5 and tune into CDL often for the latest General Hospital spoilers, news and updates. 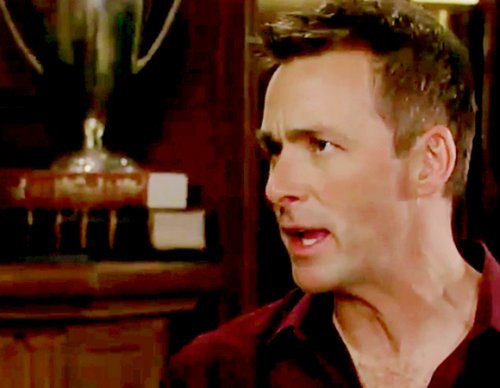