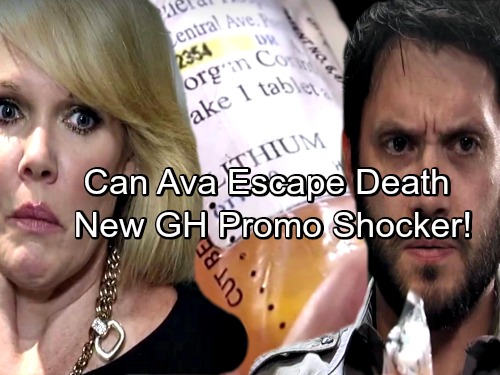 General Hospital (GH) spoilers reveal that Ava’s days might be numbered as her guilt in Morgan’s med tampering comes to light. Sonny (Maurice Benard) and Carly Corinthos (Laura Wright) has been struggling with the death of their son Morgan Corinthos (Bryan Craig) and now more information will be coming to light as to why the car bomb tragedy happened.

The newest ABC General Hospital video promo teases that “She set a murder in motion and her deadly secret is about to come out.” It appears things are about to hit the fan for Ava Jerome (Maura West). So what will she do now?

We last saw a robbery taking place at the floating rib which landed Morgan Corinthos’ pills in the hands of the PCPD. In the promo below  you see Dante Falconeri (Dominic Zamprogna) looking at the bottle of pills which will probably lead to him asking a lot of questions – all of which will point towards Ava! 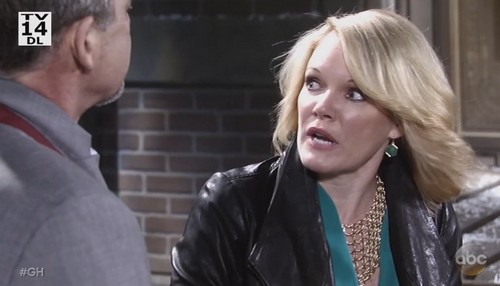 General Hospital spoilers say Ava shows remorse and tells Scott Baldwin (Kin Shriner) that she absolutely hates what she did, but she does not intend to die for it. But that’s exactly what could happen once Sonny learns of her part in Morgan’s death.

So Ava better find a way to start covering her tracks, but GH spoilers say it’s probably too late for that. Especially being that Ava’s not the only one that knows the truth. Do you think Sonny Corinthos will let the law handle Ava or will he take matters into his own hands? 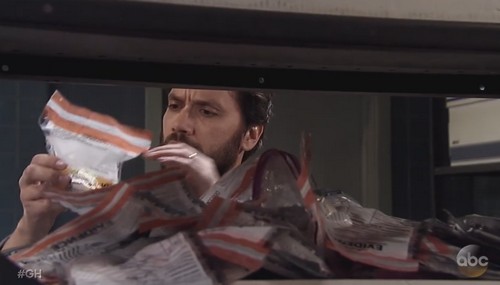 When it comes to Sonny and his love for Morgan it’s highly unlikely that he will sit back and let justice take its course. General Hospital history has made clear that Sonny is typically prepared to be judge, jury and executioner. So Ava had bettwe beware.

General Hospital fans know that justice has been a long time coming for Ava Jerome. Popular buzz on social media is convinced that the Jerome mobster definitely needs to pay the price for switching Morgan’s bipolar medication with placebos. If it had not been for Ava then Morgan would not have went spiralling out of control, stolen Julian’s (William deVry) car, and been there when the bomb went off. 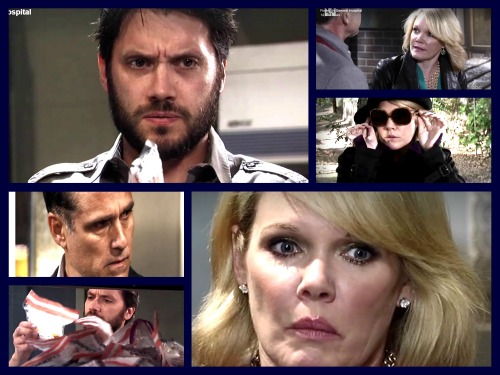 Sonny and Carly would still have their son if Ava had not got involved in Kiki’s (Hayley Erin) business. Now it’s time to sit back and watch Ava squirm as the walls close in on her. Are you GH fans ready to see Ava go down for what she has done? Stay tuned to ABC’s General Hospital to see how it all plays out. Don’t forget to check often with CDL often for all your latest General Hospital spoilers, news, updates and much more.