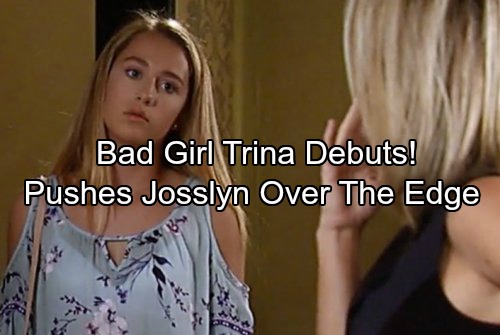 General Hospital (GH) spoilers reveal the teen angst of Josslyn Jacks (Eden McCoy) kicks into high gear just as Carly Corinthos (Laura Wright) and Sonny Corinthos (Maurice Benard) leave town for business, and possibly some romance, off the coast of Puerto Rico. Josslyn is furious when she finds out her mom left town to go to Sonny’s private island and decides to hit back at her mom in furious teen fashion.

General Hospital spoilers say we will soon meet Trina, Josslyn’s troublemaking new teen friend, who encourages Josslyn to go to extremes while Carly is out of town. Joss talks to her brother Michael Quartermaine (Chad Duell) who fills her in on Sonny and Carly warming up and that’s what sets Joss off. Josslyn meets up with her pal Trina who suggests they blow off steam at Josslyn’s house while her mother is gone. 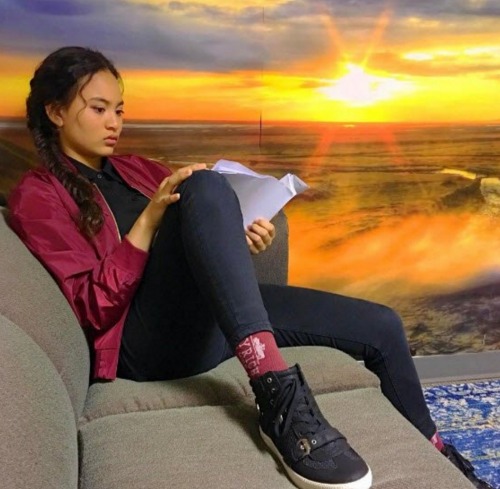 Joss thinks it’s just going to be her and Trina but then things spin out of control. Trina tells Josslyn to lock up the breakables and valuables so they can party then she calls some boys over. Next, General Hospital spoilers reveal Trina starts pulling booze out of the liquor cabinet so they can really have fun. At first, Josslyn holds out and tries to discourage Trina from going too far. But then Josslyn snaps and decides she wants revenge.

Joss thinks her mom Carly is making a terrible decision going off with Sonny who got her dad Jasper “Jax” Jacks (Ingo Rademacher) ejected from the US. Trina is quick to remind Josslyn of all the ways Sonny has hurt her and now her mom is choosing sides with Sonny over her. That’s what convinces Josslyn that the party is what Carly deserves. But things get quickly out of hand.

The boozing turns into a big messy party and Josslyn panics. Trying to cover up the drunken rager leads Josslyn to lie to Bobbie Spencer (Jacklyn Zeman) and desperately trying to make it look like she didn’t have boys and booze at the house behind her mom’s back. GH buzz is that when Carly comes back and finds out what her daughter has been up to, things take a turn for the worse. 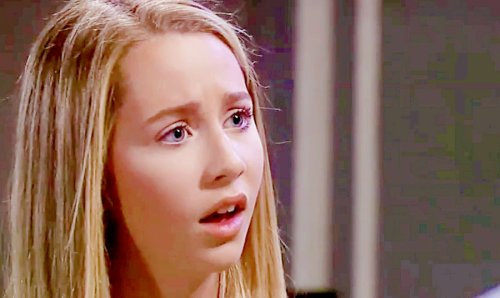 When Carly lectures Josslyn on responsibility, Joss loses her temper and tells Carly she has no room to talk since she keeps making the bad decision to be with Sonny. Josslyn still blames Sonny for the death of Morgan Corinthos (Bryan Craig) plus the fact that her dad Jax can’t come visit. And Josslyn blames Carly for letting Sonny back into their life.  Joss is unreasonable and can’t stop herself.

Carly won’t be able to get Josslyn under control and with the new mob threat coming for her and Sonny, this is the worst time to have a teenager making trouble. The good news is that Josslyn is also getting a new boyfriend soon and he seems to be a calming influence, unlike Trina. That means Joss will have an angel on one shoulder and a devil on the other, but which will she listen to? Share your comments below and tune into CDL often for the latest General Hospital spoilers and news.

Could this be Joss’ friend Trina? Guess we will find out soon. 😉#GH pic.twitter.com/QJugvIwzEj