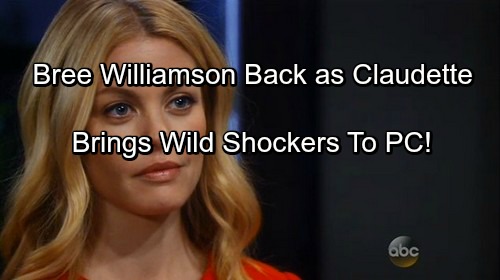 General Hospital (GH) spoilers tease that a big return is on the way. Claudette Beaulieu (Bree Williamson) is headed back to Port Charles and we can assume she’ll cause a whole lot of trouble! According to Soap Central’s setside source, Williamson has secretly been taping her scenes and could appear as early as this week.

Perhaps GH fans will catch a glimpse of Claudette before she reveals herself to anyone she used to know. It’s fun when the audience is in the loop just a little sooner than the people of PC. However, it won’t take long for Claudette to make contact with someone. General Hospital spoilers say Valentin (James Patrick Stuart) will bump into a face from his past on November 2. 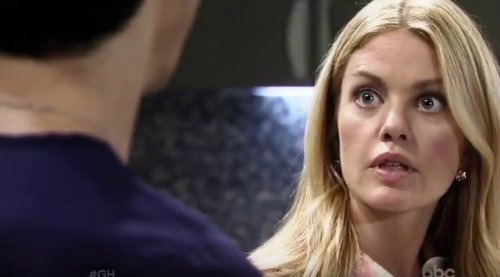 Now that we know Claudette is coming back, it makes sense that she’ll be the familiar face Valentin encounters. Naturally, Valentin will wonder what in the world Claudette thinks she’s doing. He made Claudette disappear and pulled a few strings so everyone would believe she was dead. Claudette’s return will bring problems that Valentin just doesn’t need right now.

This news could be incredibly confusing for Charlotte (Scarlett Fernandez). The poor girl has certainly had her fair share of mother figures. Claudette’s comeback could make life very complicated for Valentin, Nina (Michelle Stafford), Lulu (Emme Rylan) and Dante (Dominic Zamprogna). They’ll all do their best to shield Charlotte from any adult mayhem that transpires. 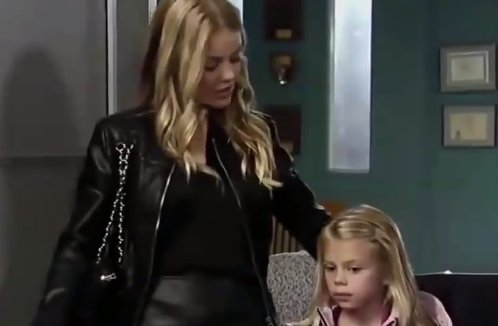 Of course, Claudette won’t limit herself to one storyline. She’ll obviously shake things up for Nathan (Ryan Paevey) and Maxie (Kirsten Storms) as well. Even Griffin (Matt Cohen) and Ava (Maura West) should affected by Claudette’s sudden reappearance.

After all, Griffin is no longer in the priesthood. Could he be tempted by Claudette again? If so, Ava will probably say sayonara. She’s already lashing out at Griffin over minor hiccups, so she definitely won’t put up with any desires for another woman. Ava has another option in Patient Six (Steve Burton), so Griffin will need to be careful!

In other words, Claudette should inject a good dose of drama into General Hospital. There’ll be plenty of chances to cause chaos! We’ll give you updates as other GH details emerge. Stay tuned to the ABC soap and don’t forget to check CDL often for the latest General Hospital spoilers, updates and news.