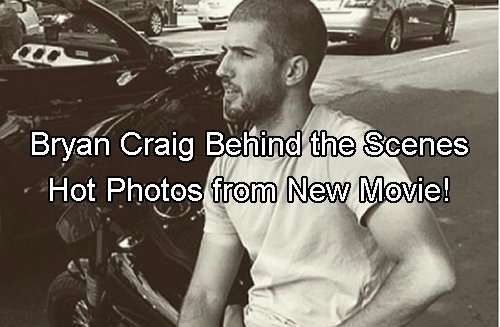 General Hospital (GH) spoilers reveal that Bryan Craig (ex Morgan Corinthos) is busy making his new movie and some new pics from him working and training behind the scenes are out. Since leaving GH, Bryan landed his first film role in the BMX movie Ride then seemed to hit a dry spot where he was auditioning and sharing his frustrations about the process in angry tweets, and then deleting those tweets.

But now, Bryan is hard at work on his second film, American Fighter, which is a sequel to American Wrestler. It seems that many of the same production companies are involved with the fight movie as were with the BMX movie. Ride is currently in post-production but there’s no release date yet so no idea when we can see Bryan make the big transition from our TVs to the big screen in his film debut. 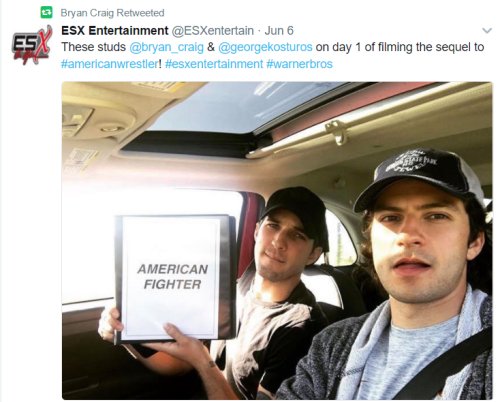 It seems that Bryan had the role in American Fighter in his back pocket for quite a while since he’s quietly been training for the role with an assist from TV dad Maurice Benard (aka Sonny Corinthos). Meanwhile, Bryan kept auditioning even heading over to Paramount back in April 2017 for a meeting with Mark Wahlberg about a possible movie role. 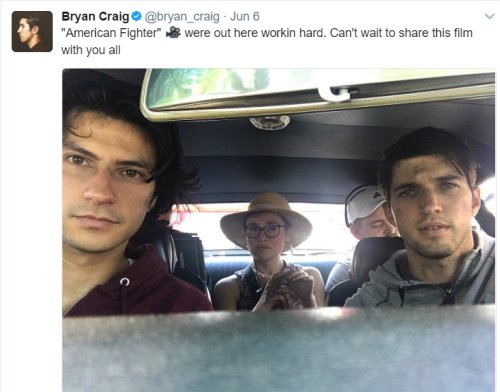 While prepping for American Fighter, Bryan kept busy training and sharing boxing pics and videos via Instagram and also of him with his former GH co-stars when he participated in fan events across the country. In late April, Bryan nabbed his second Emmy in the Outstanding Younger Actor in a Drama Series category at the Daytime Emmys and now he’s on the film set, hard at work.

Bryan started sharing pics from the American Fighter set last week. Two are shots in the interior of a car with his co-stars. One is him and three co-stars and he captioned it, “We’re out here working hard. Can’t wait to share this film with you all.” Another showed Bryan holding up a bound copy of his script sitting alongside co-star George Kosturos – that one was shared by ESX Entertainment. 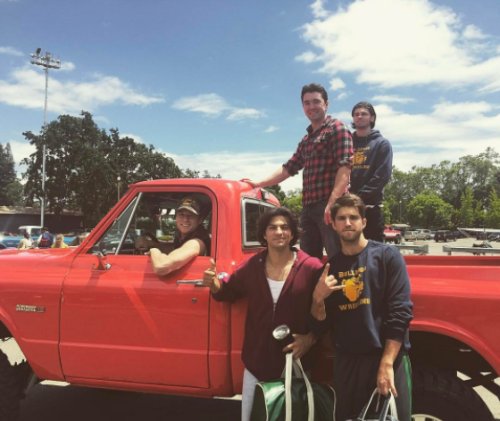 Another is from set and is Bryan Craig, George Kosturos and three other guys in a truck from a scene. Bryan also shared a behind the scenes still that’s a pic from one of the scenes he was shooting and it looks like he’s got his game face on and is exercising his acting chops. The most recent post was a video of Bryan training with more boxing to hone his skills for the role. 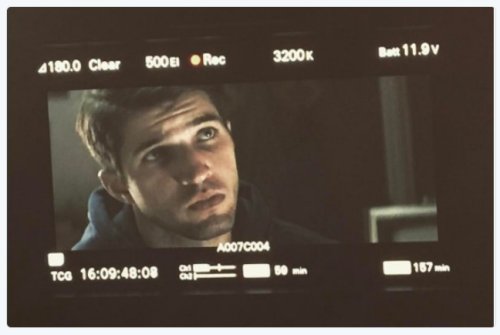 It seems that Bryan’s second feature film role is going well and he certainly put in all the hard work to make himself look like a real boxer. With his pal Maurice Benard coaching him, who’s a long-time boxing enthusiast, it’s no surprise Bryan is in tip top shape to star as a boxer in American Fighter. What do you think? Are you excited to see Bryan Craig in his new movie American Fighter?

Will you rush right out and see it at the theaters? Share your comments below on Bryan’s hot new movie role and be sure to tune into CDL often for the latest General Hospital spoilers, news, and updates.