General Hospital Spoilers: Carly in Bed With Jax When Nelle Confesses No Sex Truth to Sonny – Too Late for CarSon 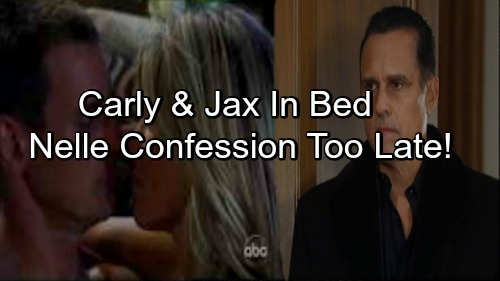 Sonny gave Carly an ultimatum and has pushed Carly too far – right into the eager hands of Jax. Things look bad for a Carly and Jax reunion when he tells her about buying Nelle Hayes’ (Chloe Lanier) kidney to save Josslyn’s life. General Hospital spoilers say initially, Carly will react badly when Jax tells her the whole truth this week (April 3-7). 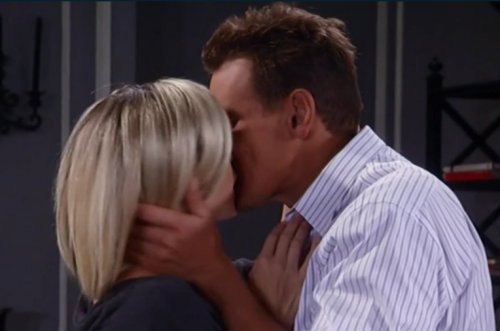 But by the end of the week, Carly finds it in her to forgive Jax. After all, Carly begged him to save their daughter and that’s exactly what he did. After Jax comes clean to Carly, Jax also goes to Nelle and tells her it was him that wrecked her life, not Carly. Nelle is blindsided by the truth. 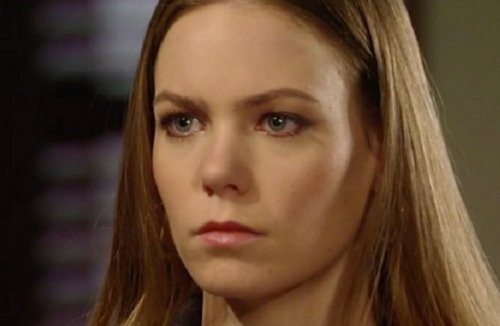 With all the dirty secrets out in the open, CarSon fans might hope that Carly would forgive Sonny just as she forgave Jax since the whole thing with Nelle started with Jax. The missing piece of the puzzle for Carly is Nelle tricking Sonny and fooling him into thinking they slept together.

Once Jax comes clean to Nelle, General Hospital spoilers tell us she decides it’s her turn to come clean and goes to Sonny. At the same time, Nelle is telling Sonny they never had sex, things are heating up at Carly’s house. Carly forgave Jax but as far as she’s concerned, Sonny still betrayed her by sleeping with Nelle and lying to her.

Plus, Sonny basically told Carly that they were done since she wouldn’t forgive him right at that moment. Carly and Jax get steamy and that’s Carly’s first step away from her marriage to Sonny. Whether or not Carly and Jax make it into bed doesn’t matter, it’s the fact that Carly seems ready to take that step. 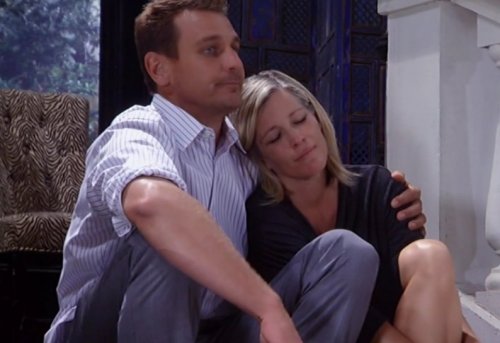 General Hospital spoilers tease that Sonny is stunned when he learns that Nelle drugged him and that they never had sex. In Sonny’s mind, he feels totally vindicated since there was no sex, but Carly won’t see it that way. Sonny fears the worst about Carly and Jax and the following week, an angry Sonny confronts Jax.

Sonny blames Jax for ruining his marriage to Carly and once he knows the truth from Nelle, thinks he should be in the clear. Yes it was Jax that brought Nelle into their lives when he bought her kidney from Frank Benson – and yes Nelle drugged Sonny. But it was Sonny that decided to do all the lying.

Once Sonny knows that Carly and Jax have rekindled, General Hospital spoiler say he’ll be furious and any chance CarSon had is blown apart. Whether or not Carly and Jax stick together as a couple, it seems certain that the truth came too late to save Carly and Sonny’s marriage. Share your comments below on the bad timing of Nelle’s truth telling and tune into CDL often for the latest General Hospital spoilers, news and updates. 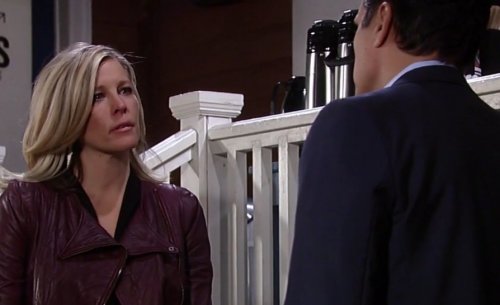