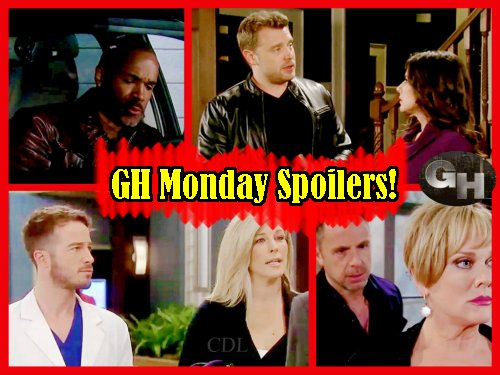 General Hospital (GH) spoilers for Monday, February 6 reveal that Franco (Roger Howarth) freaks Liz Webber (Rebecca Herbst) out when he acts like he has cold feet right after they did the deed. The morning after the big Friz lovefest, he seems to have doubts.

Franco says he’s worried what will happen with them and Liz looks stunned. But this seems like a miscommunication and not anything to worry about. Franco is happy to finally be in Liz’s bed and life and they can finally be together – but obstacles will come their way soon! 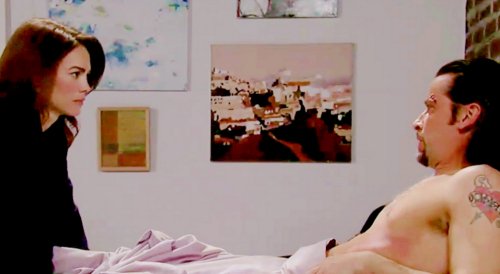 Brad Cooper (Parry Shen) has a busy day at GH and he’s back to being more of a bad boy. Brad corners Hamilton Finn (Michael Easton) to hassle him about his drug addiction and threatens again to let TPTB at the hospital know he’s drugging if he doesn’t share the patent profits on the disease cure.

Lucas Jones (Ryan Carnes) will overhear and he can’t be too happy that his hubby is heading down a dark path again. Brad also lurks near where Hayden Barnes (Rebecca Budig) is chatting with Michael Quartermaine (Chad Duell) and asks if the board voted to sell GH. 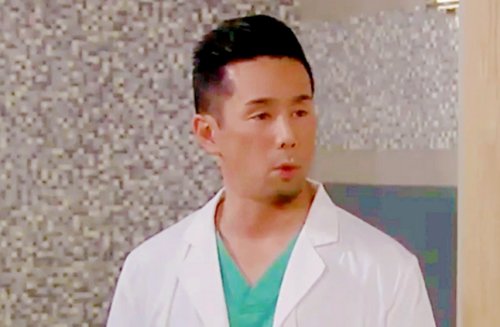 Hayden needs Michael’s help to fight off the board while she gets the budget aligned and she’ll be in hot water later in the week with the nurses and Tracy Quartermaine (Jane Elliot) over her efforts to save the hospital from closure. Lucas also hangs with his sister Carly Corinthos (Laura Wright) at GH.

They chat with Finn who asks how Sonny Corinthos (Maurice Benard) is doing. Carly wonders why Finn is asking about him and Finn will have to make up an excuse. It’s likely Finn wants to get another druggy favor from Sonny since he helped hook him up with Zen Zen before. 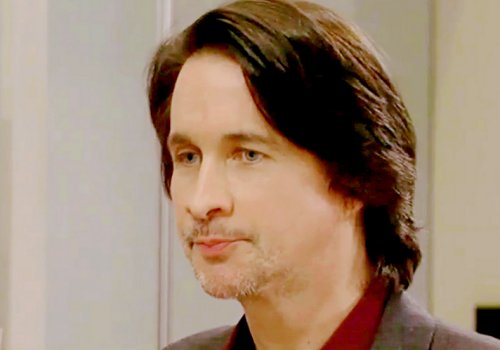 In fact, Curtis is hot on the heels of Julian Jerome (William deVry) and stalked him all the way to Olivia “Liv” Jerome’s (Tonja Walker) Chinese herb shop and is lurking in the car outside watching and waiting. Curtis wonders why Julian is there and what Julian is up to. 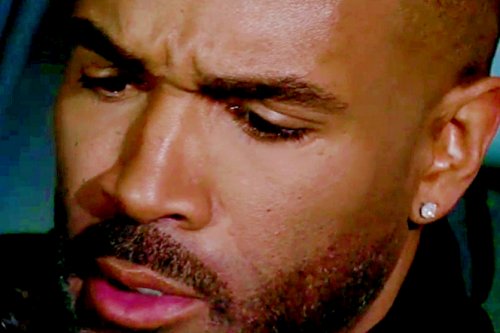 Inside the shop, Julian confronts his sister and demands to know how long Liv is going to stick around. Julian will agree to help her shut down GH to try and protect his family but Liv already has her hooks into Alexis Davis (Nancy Grahn) now that she’s her AA sponsor.

Jason wants Sam to stay out of harm’s way but she goes against his wishes, leaves Sonny’s and steps into the line of fire. Sam puts herself and the baby at risk and it’s all back to the evilest Jerome sister. Julian is helpless to stop Liv – his bad deeds are back to haunt him! 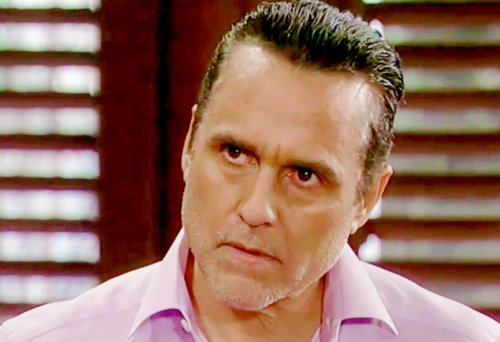 Lots to see on the Monday, February 6 episode of GH. Share your comments below and tune into CDL often for the hottest General Hospital spoilers, news and updates.