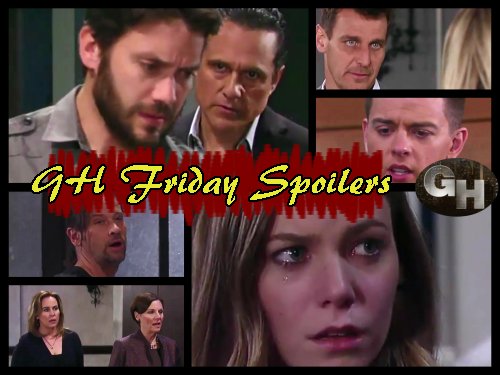 General Hospital spoilers for the cliffhanger new GH episode on Friday, April 7 reveal Michael Quartermaine (Chad Duell) catches up with Nelle Hayes (Chloe Lanier) and both have newfound knowledge to discuss. Michael feels bad that Jasper Jacks (Ingo Rademacher) lied to her, but is unmoved.

Nelle is reeling knowing she did Carly Corinthos (Laura Wright) wrong and she tearfully explains things to Michael who says nothing can undo what Nelle did. General Hospital spoilers hint Nelle will tell Michael she never slept with his father – but it’s Sonny Corinthos (Maurice Benard) she owes an explanation. 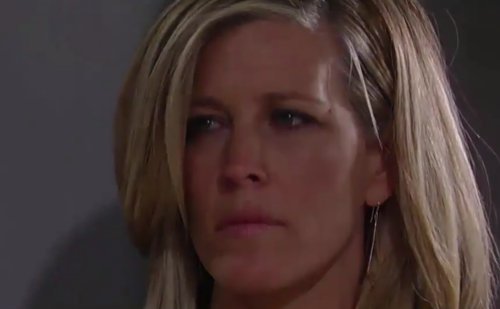 Over at Carly’s place, Jax asks his ex-wife if she can ever forgive him. Carly hasn’t changed her mind on how she feels about Nelle despite all the evidence that Nelle was lied to by Jax and her dad Frank Benson. Carly also isn’t going to forgive Sonny for his lies or deeds either. Will she change her mind?

Carly does find it in her heart to forgive Jax and this is a big step for them and an even bigger step for Carly away from her crumbling marriage to Sonny. Meanwhile, Sonny is at the PCPD still with Dante Falconeri (Dominic Zamprogna). Ava Jerome (Maura West) is also there. 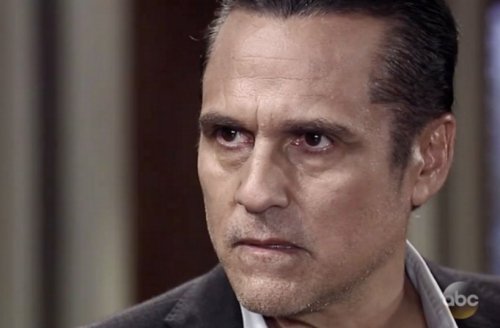 Ava overheard Dante telling his dad that he was having fingerprinting and DNA run on the pill bottle with Morgan Corinthos’ (Bryan Craig) name on it. Ava tries to creep back out of the PCPD but then she runs smack into Valerie Spencer (Brytni Sarpy). Valerie wants to know why she’s running out.

Dante gets the results back and General Hospital spoilers tease that it appears there are no clear fingerprints to tie the pill bottle to Ava or Lucy Coe (Lynn Herring). Dante is suspicious and once Sonny learns that Ava was part of the robbery, along with Lucy, he may have suspicions of his own to explore. 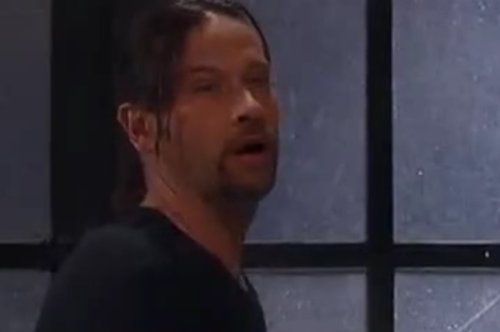 Franco Baldwin (Roger Howarth) is feeling bad about Jake Webber (Hudson West) and having to brush the kid off. He’s at his studio working when Liz Webber (Rebecca Herbst) shows up and asks if there’s something he’s not telling her. Franco is worried about Jake.

Franco is also upset about Liz pushing him back. Liz doesn’t want Franco worried about how she feels about him. Liz finds a creative way to reassure Franco of her feelings for him. Wonder what will happen at the studio when Liz gets sexy with Franco… 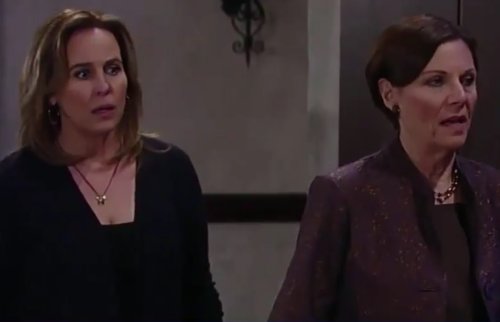 In Turkey, Laura Spencer (Genie Francis) and Tracy Quartermaine (Jane Elliot) get a big surprise. Ivy Natalia debuts as Samira, a new face in the painting plot in Turkey. Tracy gets a warning that shocks her and Laura and Tracy need to decide what are their next steps.

The monks still don’t want to relinquish the painting since they have a private bidder. There are also General Hospital spoilers swirling that Luke Spencer (Anthony Geary) will soon be seen as part of this painting plot as Tracy prepares to leave Port Charles for good. Share your comments below on these spoilers for Friday, April 7 and tune into CDL often for the latest General Hospital spoilers, news and updates.