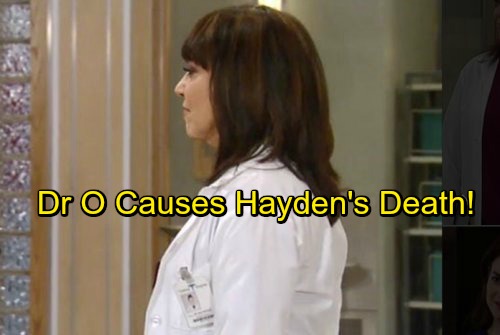 General Hospital (GH) spoilers reveal that Liesl Obrecht (Kathleen Gati) will step up her revenge game soon against Dr Hamilton Finn (Michael Easton) and a tragedy will result from her horrible behavior. Not only will Dr O wind up fired, but she’ll be lucky if she doesn’t go to prison for what she does next. Some newer GH fans might not know just how dangerous Dr. Obrecht can be.

It was just a few years ago that Liesl shot Victor Cassadine (Thaao Penghlis) in cold blood to hide the secret of Nathan West’s (Ryan Paevey) true father. Dr O is a long-time criminal associate of the scandalous and savage Cesar Faison (Anders Hove) is her baby daddy. It’s insane that Obrecht was ever allowed to be Chief of Staff at General Hospital given her criminal shenanigans.

The bottom line is that Finn doesn’t know how dangerous a woman he’s tangling with – and it will be bad. Monica Quartermaine (Leslie Charleson) has Curtis Ashford (Donnell Turner) playing dress up as a computer nerd so he can get the goods on Liesl and they can bust her for tampering with Finn’s drug tests. This master plan was kicked off by Hayden Barnes (Rebecca Budig). 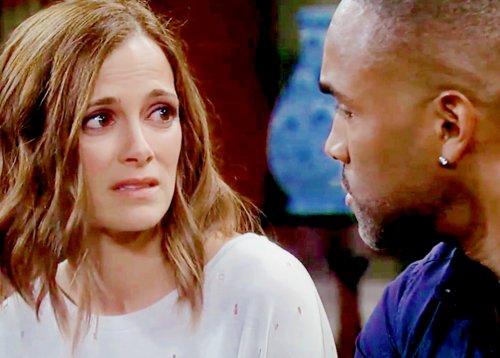 Liesl tried to recruit Kiki Jerome (Hayley Erin) to her side and Monica encouraged Kiki to be a double agent and report back to her. Dr O is intent on having Finn fired. She’s outraged that she couldn’t block his hiring and then wound up stuck in the file room for her troubles. Now Finn’s drug use handed Obrecht the keys to her revenge against him at last.

The problem is, it will be Hayden that’s caught in the crossfire. Hayden is pregnant and Finn is overjoyed about the child they’re expecting, but it seems that their happiness won’t last. Rebecca Budig filmed her last scenes at General Hospital this week and her character will wind up dead or in a coma from the latest General Hospital spoilers. Finn won’t get his little baby and he’ll have lost another love just like he lost his wife Reiko.

There are other rumors that Obrecht will also be leaving General Hospital so Finn might finish her off when he’s enraged at her killing Hayden – or she might wind up in Pentonville with her sister Madeline Reeves who’s still behind bars for killing Silas Clay. The two might wind up cell sisters. It’s not clear yet exactly how Obrecht will kill Hayden but it seems to be unintentional. 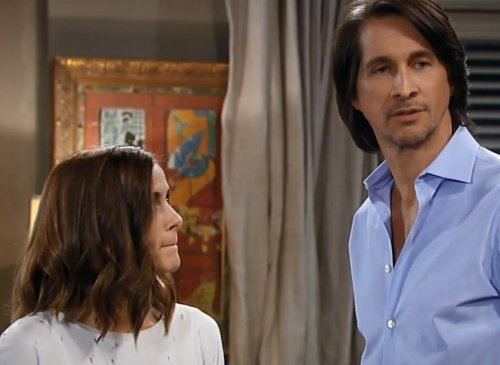 Liesl is no fan of Hayden’s but she’s not out to kill her. However, General Hospital is known for accidental shootings, falls down the stairs and off of rooves, and all manner of unfortunate accidents. Liesl is targeting Finn but Hayden winds up in her crosshairs and when Liesl harms Hayden and also Finn’s baby, he’ll go off the rails with rage.

There’s no telling what Finn will do to Obrecht after she destroys Hayden and his chance at a happy future. What do you think? Will Obrecht finally be sent to jail for her evil ways? Share your comments below and tune into CDL often for the latest General Hospital spoilers and news.