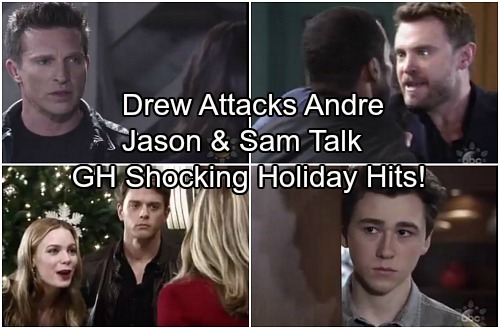 Just after her pregnancy is confirmed, a shocked and disappointed Michael Corinthos (Chad Duell), with an ecstatic Nelle Benson (Chloe Lanier) announce to his mother, Carly Corinthos (Laura Wright) that she is pregnant. Nelle can’t contain herself and blurts out, “Congratulations, GRANDMA!!” 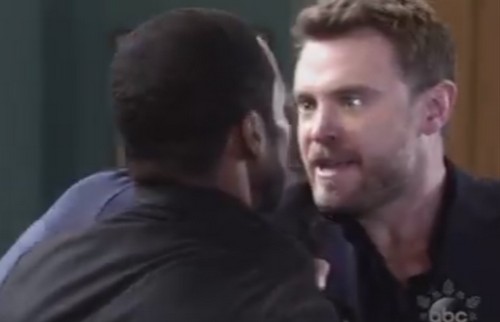 It seems surprise announcements will be the theme as Dr. Kim Nero (Tamara Braun) pays a surprise visit to Drew at his home and reveals to him that her son, 15-year-old, Oscar Nero (Garren Stitt) is his son. Drew’s wife, Sam (Kelly Monaco) is at the top of the stairs and overhears the conversations, how will they deal with this revelation?

General Hospital sources tease “gift wrapped romances” as a smirking, WSB Agent Anna Devane (Finola Hughes) tells Dr. Hamilton Finn (Michael Easton) at GH that she will see him at home; calling him “Honey,” and handing him a key to the front door. Finn better watch out as Anna’s lovers have not always fared too well!

Meanwhile, on the footbridge, GH fans will see one whooping Christmas wish as Jason Morgan (Steve Burton) runs into his beloved, Sam. Jason looks at Sam lovingly and asks her not to walk away. Will Sam respect his wish and stick around to listen to what he has to say?

Be sure to tune into ABC’s General Hospital (GH) to catch up on all the exciting stories happening right now in Port Charles. Sounds like a hot holiday season will followup an amazing Autumn on our favorite soap! Check CDL General Hospital spoilers often for updates, news, and spoilers!