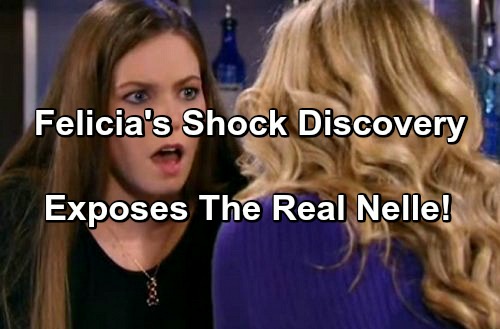 General Hospital (GH) spoilers tease that Nelle Hayes’ (Chloe Lanier) awful secrets will come spilling out during February sweeps and Felicia Scorpio (Kristina Wagner) is key to the reveal. Bobbie Spencer (Jacklyn Zeman) brought Felicia in to dig into Nelle’s past and this will pay off very soon.

Bobbie hasn’t trusted Nelle from the moment she met her even though she didn’t quite know why. That’s why Bobbie asked Felicia to help out. On Friday’s GH, Felicia tricked Nelle by luring her into a gossipy conversation about how awful that Bobbie is. That laid the groundwork for spying.

Felicia handed Nelle a gift certificate for a spa day as a “thanks” for helping facilitate Maxie Jones’ (Kirsten Storms) quickie wedding. That was just to warm Nelle up. The big deal was when Felicia insisted she would help Nelle out by redecorating her drab apartment for free. What was that about? 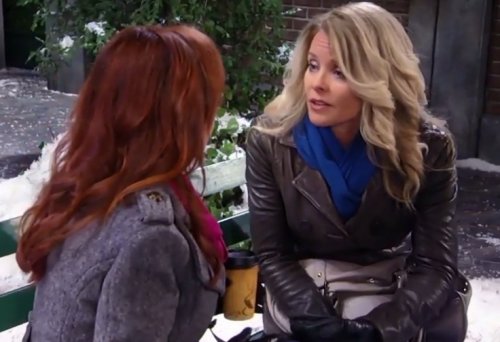 Felicia wants access to Nelle’s apartment without having to break and enter. When she insisted, and Nelle agreed, that she would redo the place for free, she got the keys to Nelle’s kingdom. Now Felicia can get inside her apartment and poke around – and she’ll find Nelle’s tragic box of pain.

The rattle that says “Caroline” will be the big reveal. Bobbie was just looking at that photo of baby Carly Corinthos (Laura Wright) on Frank Benson’s lap holding the rattle so she will recognize it the moment Felicia shows it to her. There’s also the letter in the box, although it might not have Frank’s name on it.

GH fans now know that Nelle is Frank Benson’s biological daughter which makes her an adoptive sister to Carly, but not a blood relative. Nelle Hayes is also not her real name. Perhaps she’s Nelle Benson or she might also have a different first name and be lying totally about her identity. 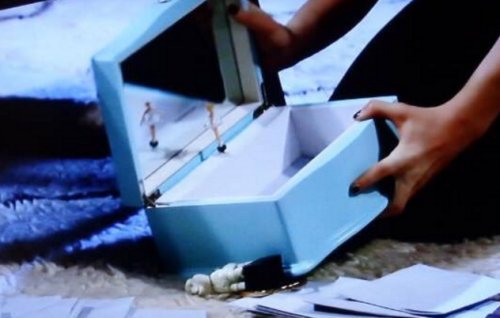 Nelle was planning on all of this coming out – she wants Carly to know who she is and why she’s in town, but she wants it done on her own schedule. Felicia snooping on Bobbie’s behalf will force Nelle’s revenge timeline and it will all come spilling out sooner rather than later.

Carly has many ugly surprises coming soon thanks to Nelle. Her sneaky assistant has encouraged Carly to get back with Sonny Corinthos (Maurice Benard) so it will hurt more when she plays her those recordings she made of Sonny confessing that he seduced her on the night they spent together.

The reveal of the big secret of Nelle’s identity won’t come from Nelle, as the vengeful kidney donor has planned, but from Bobbie thanks to Felicia’s clever detective work. Carly might even doubt what her mother is saying but once she shows her the rattle, the game will be over and the lies exposed. 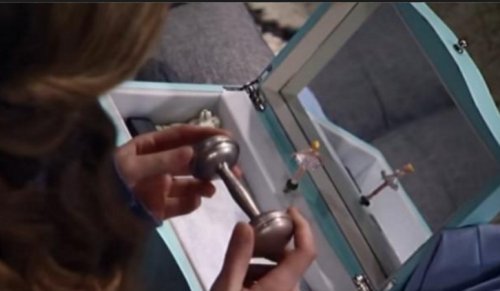 Many fans are frustrated with how slowly this Nelle plot has played out and it’s high time the reveal happens. Are you ready for this all to be out in the open and Nelle’s true identity revealed?

Share your comments below on Felicia’s detective work to dig up facts about Nelle’s true identity and tune into CDL often for the hottest General Hospital spoilers and news.

WHO DO YOU KNOW & WHO KNOWS YOU? … A quick look at what’s coming up Monday! Thanks for watching #GH this week, have a great weekend! pic.twitter.com/NEWMoNdaCB