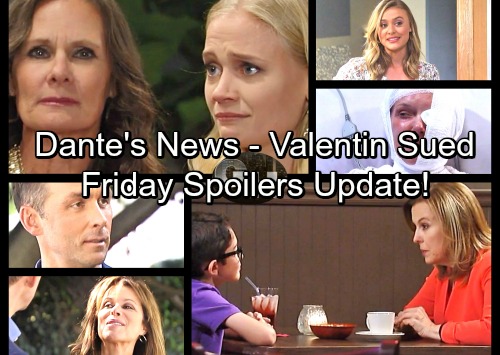 General Hospital (GH) spoilers update for Friday, July 14, tease that Scott (Kin Shriner) will continue to grieve, but he’ll still have a good time catching up with Serena (Carly Schroeder). She’s back for a sweet tribute to the late Peter Hansen and his character, Lee Baldwin. Scott will be glad to have his daughter around as he works through his sorrow.

Elsewhere, Spencer (Nicholas Bechtel) will refuse to give up on his goal of true vengeance. Laura (Genie Francis) will ask her grandson what he’s up to. She’ll suspect that Spencer’s plotting a devious move in his quest to take down Valentin (James Patrick Stuart). Spencer usually has no problem being honest about his revenge plans. He’ll probably admit that he has something up his sleeve. 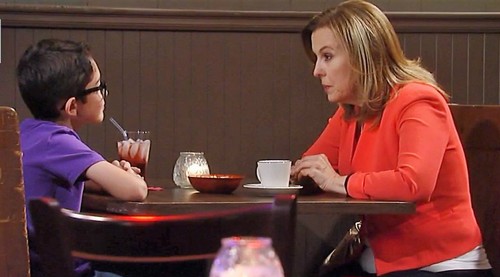 Laura will warn Spencer to back off and distract himself, but he’ll ignore the advice. It seems Spencer will have to learn this lesson the hard way. At the park, Alexis (Nancy Lee Grahn) will speak with Valentin about an important matter. She’ll insist that they need to talk about this immediately.

General Hospital spoilers say Spencer intends to hit Valentin with a civil suit. Perhaps Alexis wants to discuss something that relates to the case. GH fans can expect some stunning moments as this Cassadine battle heats up. Spencer will get in over his head next week. 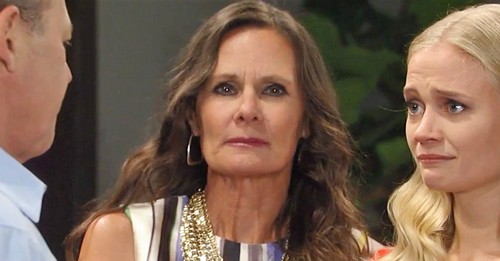 Meanwhile, Dante (Dominic Zamprogna) will deliver bad news to Sonny (Maurice Bernard). He’ll pass along some updates that cause concern. General Hospital spoilers state that Sonny will also have a conversation with Kiki (Hayley Erin) on Friday. They’ll open up about how they’ve been doing since Ava’s (Maura West) fiery fiasco.

At General Hospital, Ava will remain distraught. This definitely isn’t the life she had in mind for herself. Ava feels like everything is moving in slow motion right now. She hates the thought of never getting back to the woman she once was. 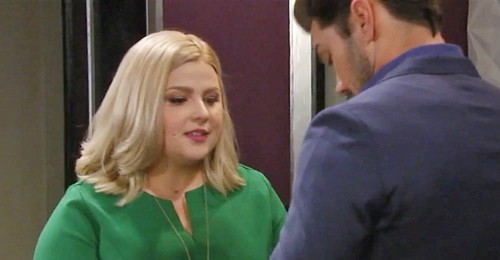 When Kiki arrives, she’ll announce that she has a surprise. She’ll feel confident that this is going to lift Ava’s spirits. It’s possible that Kiki will arrange a quick visit with Avery. It just depends on whether she thinks the tot can handle seeing her mom in such bad shape.

We also know that Ava will take a wheelchair trip around the burn unit. That may be Kiki’s bright idea. Regardless, Ava won’t appreciate Kiki’s attempts to cheer her up. Unless Kiki’s got a time machine, there’s nothing she can do.

Across town, Amy (Risa Dorken) will nervously assure Nathan (Ryan Paevey) that her plan is going to work. It sounds like she’s not really that certain, but she’ll put on a brave face anyway. Once the Ask Man Landers interview gets started, Nathan will do something quite risky. Stay tuned to ABC’s GH and don’t forget to check CDL often for the latest General Hospital spoilers, updates and news.